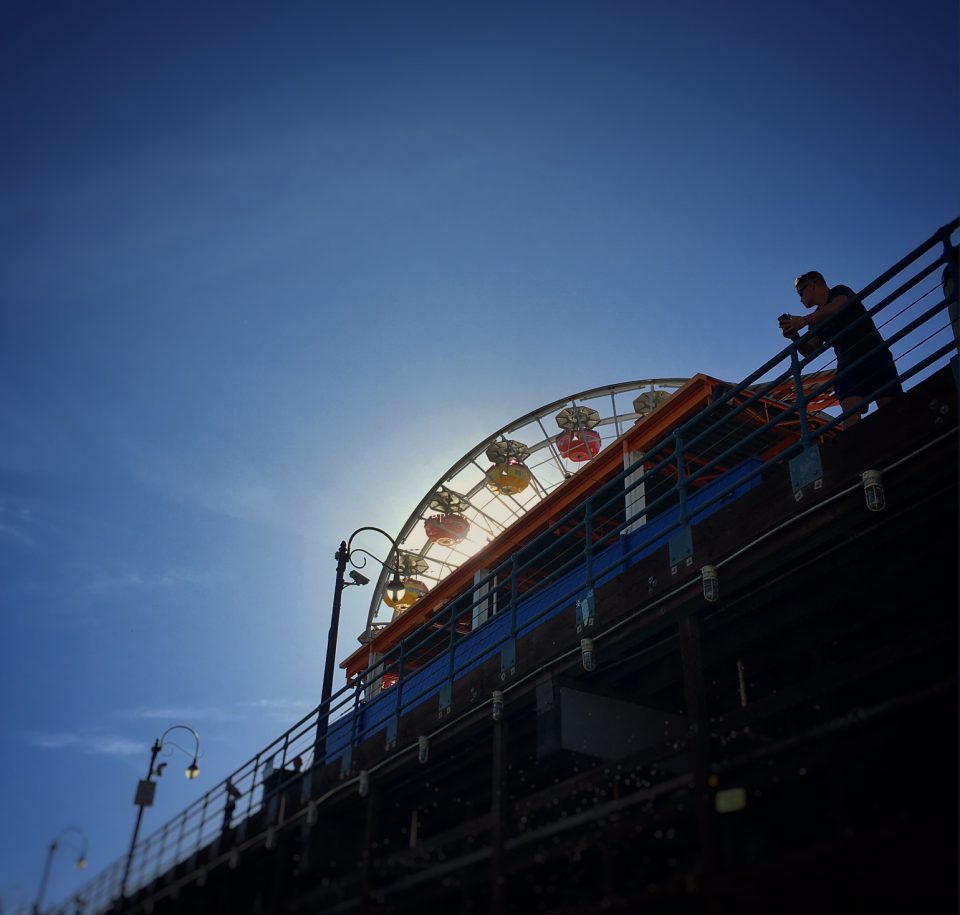 During our annual pilgrimage to Palm Springs for Spring Break, we break away for a couple of days for something different. I love finding places in California that are perfect for families and this year we picked L.A. There are an endless amount of activities, from surfing to skiing and everything in between. We have never been to there together as a family, so we spent 24 hours there in a search for 5 family friendly activities in Los Angeles.

We choose the Sofitel Beverly Hills as our home base, because it was close to the La Brea Tar Pits, which was tops on our list. I don’t recommend Sofitel for families. They messed up our reservation (and tried to throw our “travel agent” under the bus – said travel agent was me and I wasn’t the one who screwed anything up). The front desk agent truly didn’t care about our predicament, the pool was really dirty and dingy, the concierge sent us down a really seedy street in search of a kid friendly restaurant, etc, etc. Nothing like hearing your ten-year old son say, “Hey look mom, live nudes! Girls girls girls!!” Nothing drives me nuttier than a hotel that has so much potential and just doesn’t do it right. Some weeding, updated furniture and some pool beverage service would have made the pool situation so much better. And sending a family walking down a street with several strip joints is just plain weird.

Anyway, I’m digressing because the main reason for our L.A. visit was so much fun! With a city this size, finding 5 family friendly activities in Los Angeles was easy. We drove up from Palm Springs on a Tuesday morning. After traffic, we didn’t arrive until around lunch time, which was convenient for our first stop at Olvere Street.

Olvere Street, known as Los Angeles’ “first street”, has narrow cobblestone streets, beautiful mature trees and Mexican street vendors galore. The street can also boast having Los Angeles’ first house, which the kids found fascinating. My favorite part was the Mexican food and margaritas, of course. El Paseo Inn had fantastic food and friendly service. After lunch, strolling along the marketplace was fun and it brought my mother back to her childhood in southern California in the 1950s. Olvere Street is perfect for a family afternoon. 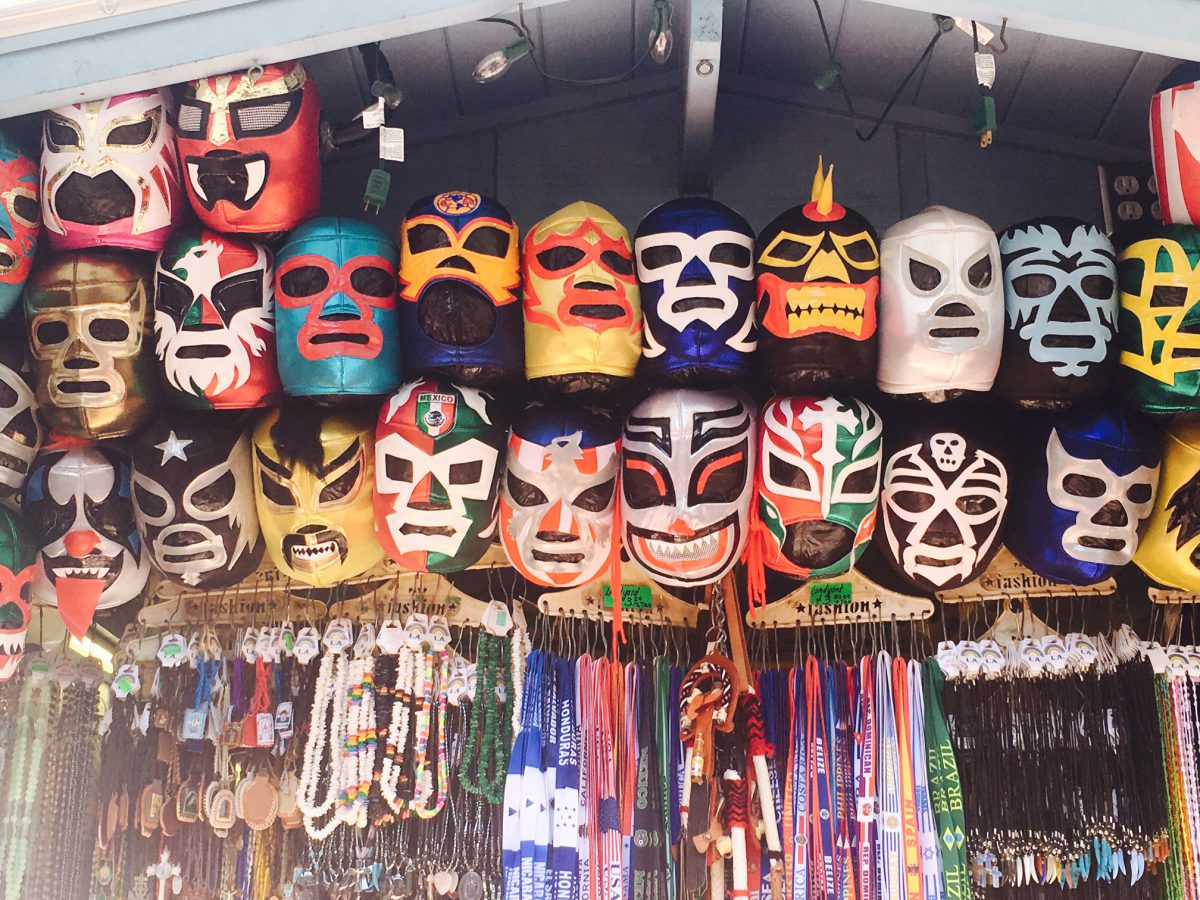 After lunch and a stroll, we drove over to the Angel’s Flight, a little known funicular in the middle of L.A. The funicular takes passengers on a scenic ride between Olive and Hill street. Unfortunately, the rail was being repaired when we went to see it, but it was still fun. We walked up the stairs next to it for a view from the top. The funicular is set to open again by Labor Day. 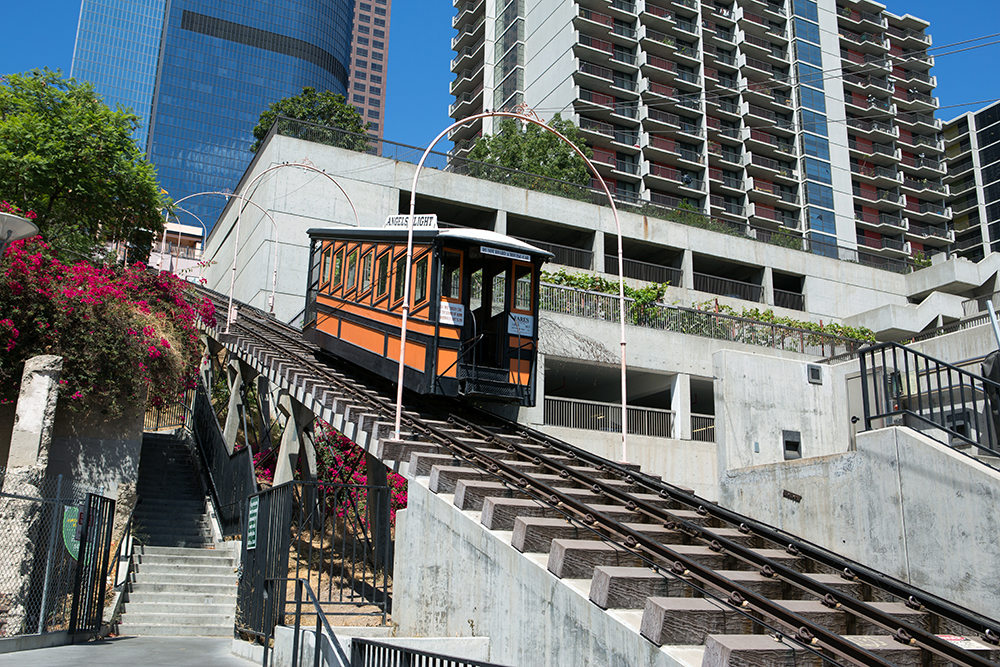 By the late afternoon, the kids were tired and just wanted to play in the pool, so we headed back to the hotel with a loose plan for the next day. La Brea Tar Pits, Hollywood Boulevard and Beverly Hills.

After breakfast at Norms (a total find), we hit the La Brea Tar Pits right away. Fascinating! Pits of tar dating back to 50,000 years ago right in the middle of the city. Thousands of fossils have been found in the pits and they are still excavating and finding new things. The majority of fossils found are now extinct and some of the pits are still bubbling from natural gas. Our kids sometimes get pretty bored when there are museums involved with our travels, but not here. They found it just as cool as we did and actually didn’t want to leave.

Fourth on our list of family friendly activities in Los Angeles was Hollywood Boulevard. We walked blocks and blocks of the boulevard, looking at the stars and dodging crowds of people. A stop at Mann’s Chinese Theatre was fun for the kids so they could see the star’s handprints in cement. Max was amazed at how big Harrison Ford’s hands were and Zoe’s fit perfectly with Shirley Temple’s little hands. The area in front of the theatre is definitely a tourist nightmare so be prepared to be with a lot of people, including people dressed up as people like Marilyn Monroe and Mini Mouse and posing for pictures. It was fun for an hour and the kids thought it was hilarious that Donald Trump had his own star in the sidewalk. 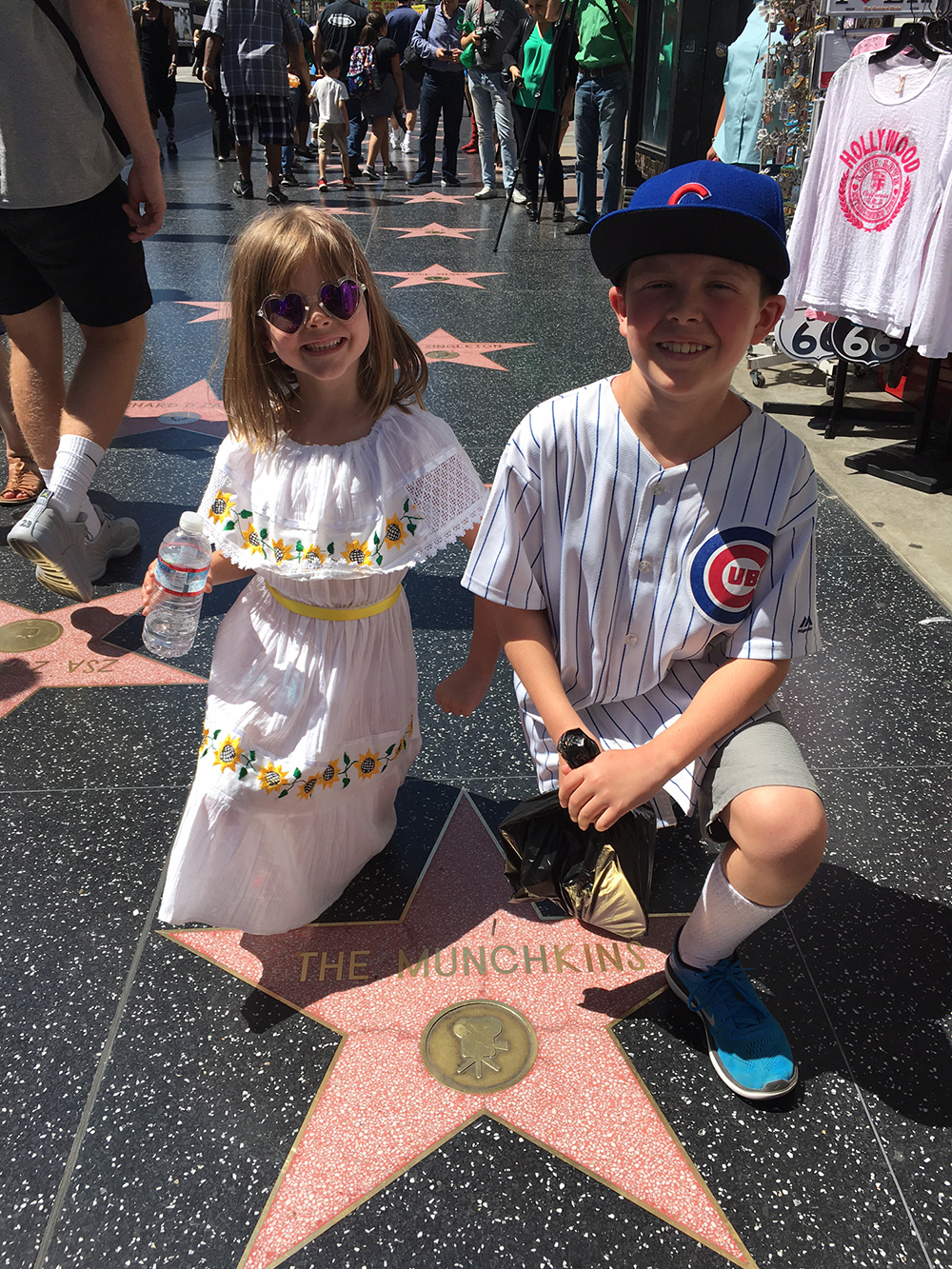 Lunch was at Shake Shack – if you haven’t been, try it! It’s “fast food” but not gross fast food. The shakes are to die for and the Shack-Cago Dog was awesome. A native Chicagoan would know. Before we hit our last activity, we took a ride through Beverly Hills to check out how the other half lives. They live pretty nicely 🙂 Some of the houses are beyond ridiculous – some were so big, we couldn’t believe they were actually private homes.

Our last activity was probably the favorite – Santa Monica beach and pier.  Santa Monica ranks up there as one of the best beaches in the United States. It’s huge, has a very wide beach, playground areas, a pier with an amusement park on it and fantastic people watching. There are some serious characters at Santa Monica beach. We watched people doing acrobatics to the south of the pier for at least 1/2 hour. After our people watching, we headed over to the pier to go on some rides and eat ice cream. The pier has so much, a family could definitely spend the entire day there. If you plan to spend more than an hour there, get the unlimited ride pass for the amusement park. A per ride price is close to $8, so if you want to go on more than one ride, the unlimited pass is worth it. The restaurant at the end of the pier is great for a snack and some amazing views. 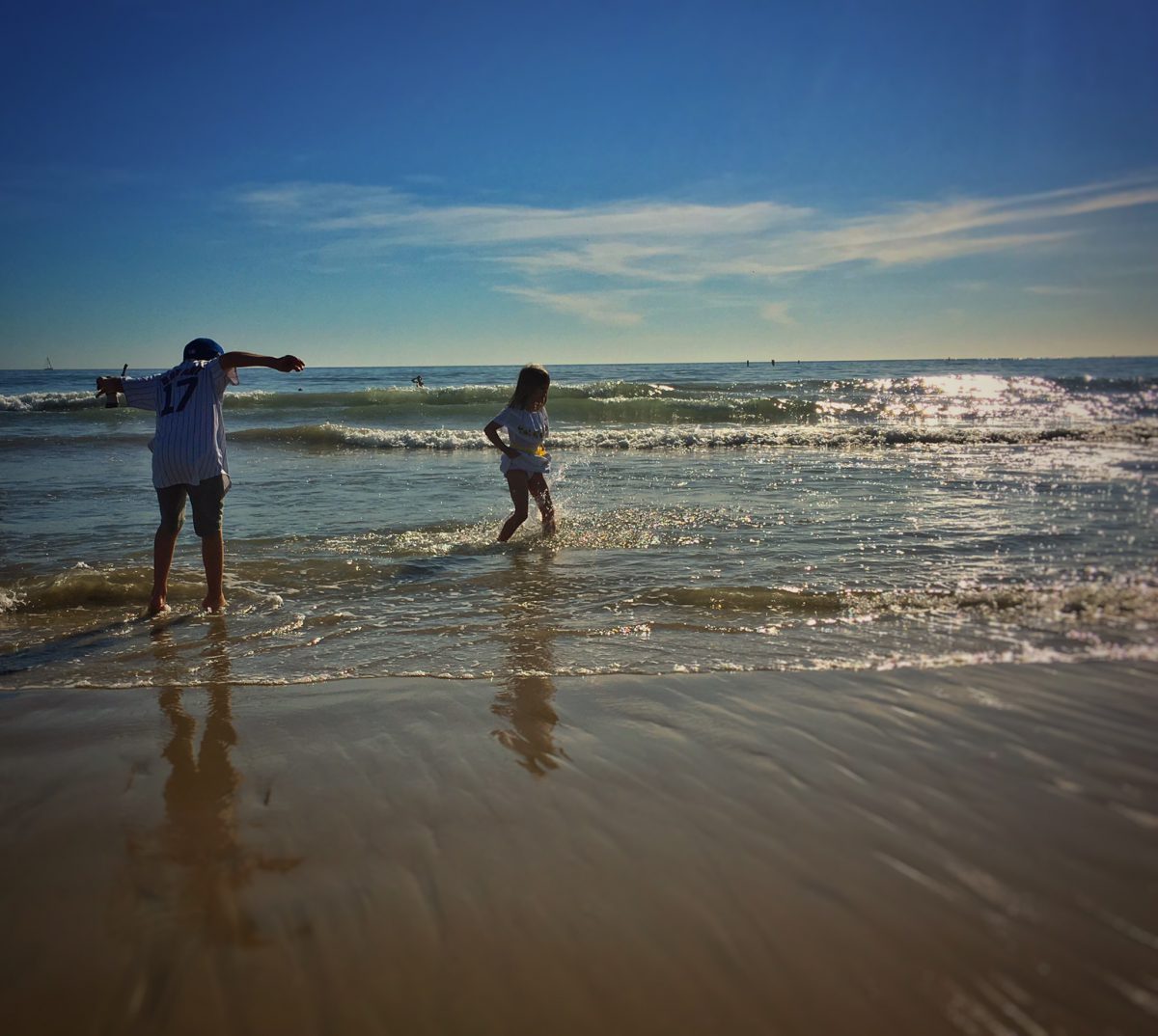 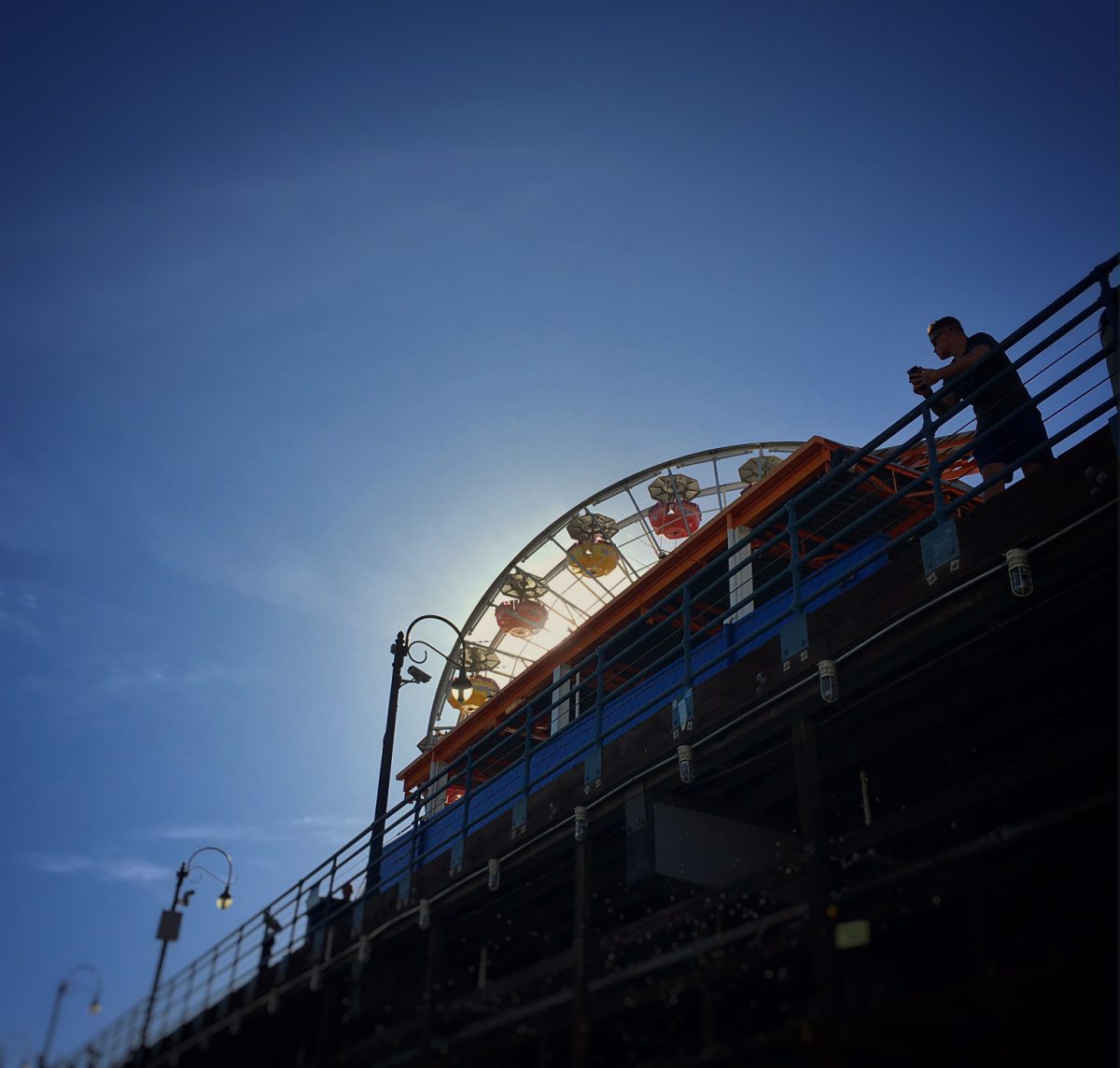 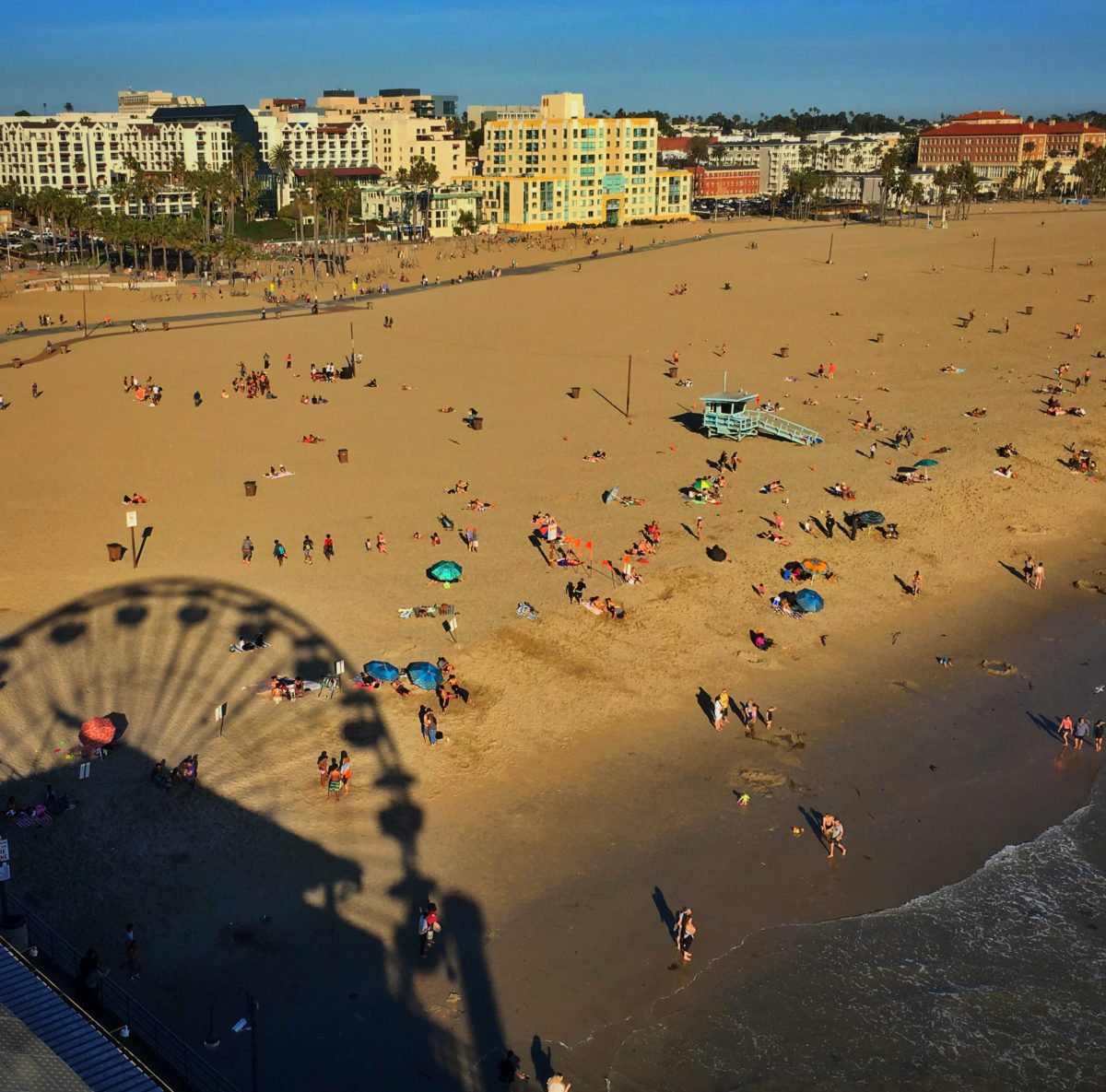 We love California. Next year, we’re hoping to take the California Zephyr from Denver to San Francisco, spend a couple of days there and then hop on a quick flight to Palm Springs for the rest of spring break. We definitely have an affinity for the west coast over the east coast.

Where is your favorite place in California? 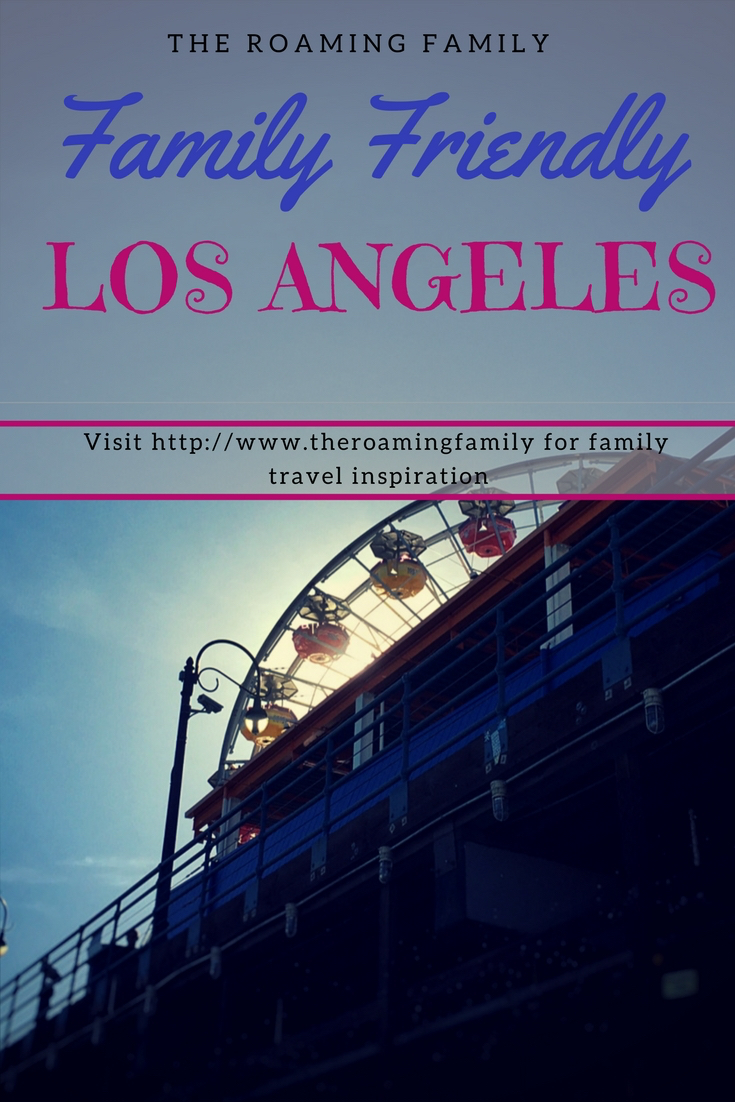