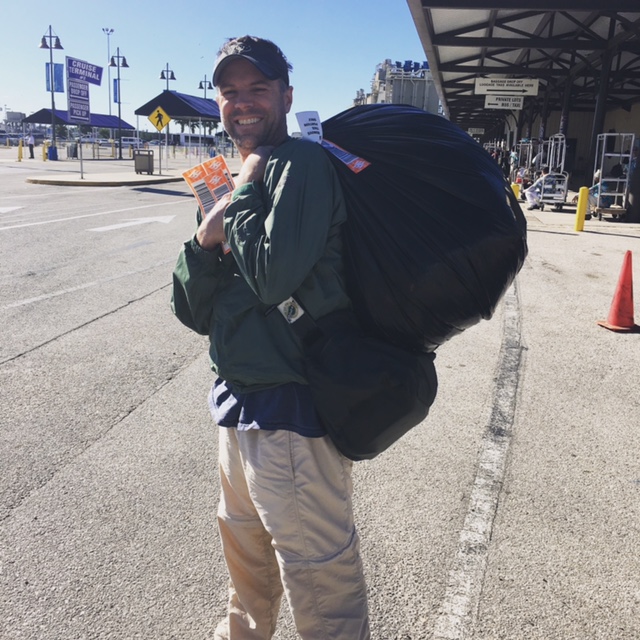 To catch the beginning of our travel tale, click here.

We set off for the baggage claim, which involved waiting for 15 minutes (yep, more waiting) for a bus to take us there. The kids were exhausted, we were exhausted and we tried not to think about what we had ahead of us…..at least 3 to 4 hours of driving, depending on whether we stayed overnight in Houston or Galveston. Keith wanted to drive all the way to Galveston and get a few hours of sleep and then drive back up to Houston to drop off the car and check to see if our bags arrived. I was in the wait and see mode and wanted to see how far we could get driving. The kids declared they were hungry again. I felt like I had been feeding them for 12 solid hours.

Our car rental process was relatively uneventful and I was really glad I had reserved a car because they sold out faster than the speed of sound and people were being turned away. We set off on our drive.

And discovered that Dallas was under siege with more rain, slowly turning to freezing rain, minor flooding on the highways and possible light snow. You do not want to be driving in the snow in Texas.

The drive was, in one word, hideous. Pounding rain. Steamed up windows. A tiny car containing our little family and I was literally scared for our lives. Signs flashed by on the side of the highway – If you see flooding on highway, turn around! Do not DROWN! – Huge trucks splashed cold water onto our windshield, blinding us completely going 75 miles an hour (Keith drives like a maniac). I spent the entire drive gripping the seat,  yelling at Keith to slow down and wiping sweat off my forehead. And trying to manage the heat to cold ratio when dealing with the consistently steamed up windows. It was horrible. I’m still not sure I’m over it. The battering rain pounded our car off and on for three and a half hours. The only saving grace was the kids slept the whole time.

We arrived in Houston at 2:30am, barely functioning humans and decided to push on one more hour to get to our hotel in Galveston. To stay awake, I counted stores selling boots. Seven, in case you’re wondering. Seven boot stores. Boot City, Boot Barn, Allen’s Boots, etc. Who is wearing all these boots? Are you required to wear cowboy boots when visiting Houston? No matter, we were headed to Galveston!

That evening, we got 3 hours of sleep before we woke for another round with the travel Gods. Keith headed up to Houston to drop the car and hopefully retrieve our luggage, grab a shuttle and come back in time for us to head to the port. But it seems fate had more in store for us. We decided we would wait until 11am to see if the luggage arrived. If it hadn’t, Keith would find a shuttle back down to Galveston and call me, at which point, I would head over to Target and buy clothes and toiletries for the week. We waited. I got the kids some breakfast. Keith called 3 different times with news he was hearing from the baggage people in Houston. The bags were probably on the next flight (you would think that the airlines would know and have a system to getting lost bags to people, but apparently not). Nope they weren’t on this flight! Probably the next one!

At 11am, still no bags and Keith had the choice of either waiting for the next one and taking a chance of missing the ship or getting on the shuttle. I told him to get down to Galveston and I set off for Target. Normally I love a trip to Target. It has everything! I could spend hours in there! This trip, however; not so much. Buying a weeks worth of clothes and toiletries is no fun. Especially when it’s winter and the choices of sandals are either Crocs or hideous slip-ons. And bathing suits? Don’t even get me started. Let’s just say it will be a long time before I enter a Target again. To add insult to injury, I tried to buy a couple of bottles of wine for that evening and realized Keith had my ID with him. Thanks a lot Travel Gods. Now I have to spend $15 dollars for a glass of wine on the ship.

Did you know you can easily spend $850 at Target? Well you can. And I did. As I was wheeling my cart, filled with at least 15 bags, to the door, my phone rang. Keith said he received a phone call from the airline that the bags had arrived. Ten minutes after he got on the shuttle. And five minutes after I checked out of Target with $850 worth of merchandise. 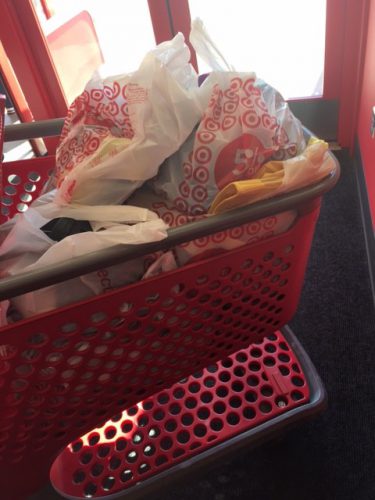 Regardless, we had clothes and we had the whole family ready to get on the ship. As long as we didn’t get into a horrible car accident on the way to the port, I was calling this a win. 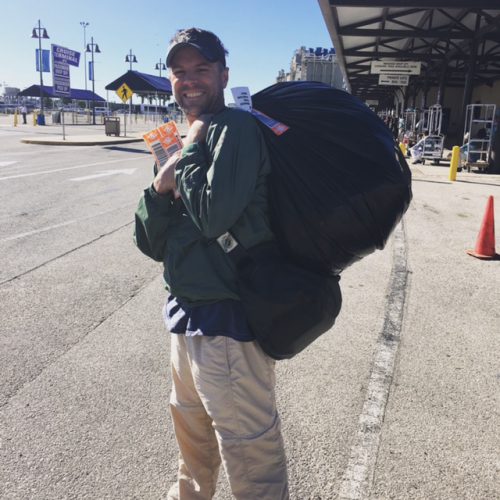 We cabbed it over to the port from our hotel and checked our “luggage”. And this is where I have to give huge props to the Disney organization. A manager saw us with this ridiculous luggage and approached us to hear our tale. He gave us a suitcase. He told us he would take care of it. He put us totally at ease about finding our luggage. And he virtually guaranteed if we didn’t have it later today (the ship wasn’t leaving for another few hours), we would have it in the first port of call.

And thanks to Disney, we had our luggage a day and a half later, after enjoying the day in Key West. We came back to the room to see two suitcases. I’m not sure we would have seen it for a week if the Disney connections hadn’t taken care of this because American Airlines was anything but helpful to us. So thank you thank you, Disney for helping us out on our family travel tale of lost luggage. We enjoyed two sets of clothes and toiletries for the rest of the trip! 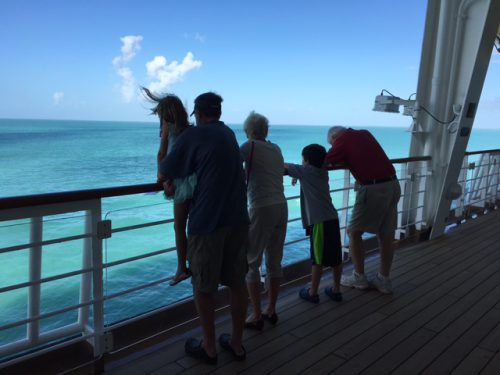 If you would like to book a Disney cruise, you can email me at mdownham@departurelounge.com