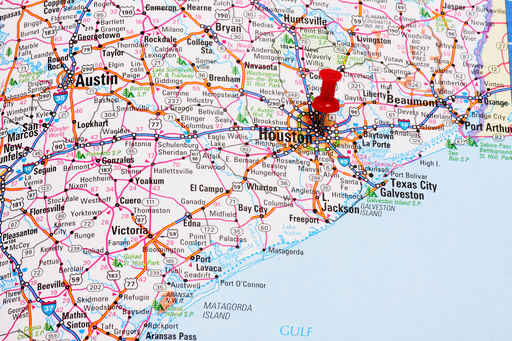 My family travel travel style ranges from totally laid back to completely uptight and there is absolutely no in between. I’m either easy breezy, assuming everything is going to work out with our transportation and I check everything and simply bring a purse on the plane; or I’m type A, making lists, running through every possible disastarous scenario, and meticulously packing a day bag to bring on the airplane in cases of lost luggage. This past trip to Galveston Texas to meet our cruise port was an easy breezy time. What could go wrong? It’s Christmas time. All is right with the world, I though to myself. I didn’t even start packing until 9pm the night before. 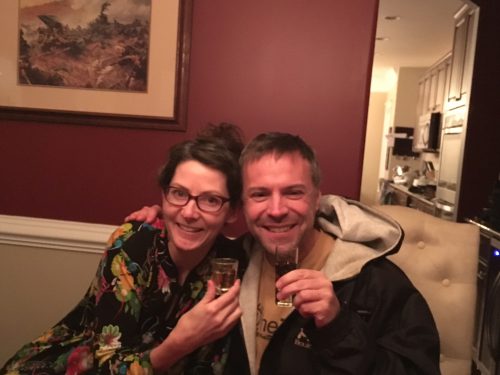 My sister and Keith. Enjoying tequila and blissfully unaware of what the next day had in store for us.

12 hours later, I was cursing my easy breezy self. What the heck were you thinking self?? This is the worst possibly scenario EVER. You idiot! Let me explain.

The evening before we left I was easy breezy packing and Keith informed me that Dallas was having some slight problems. To the tune of 9 tornadoes touching down and the airport becoming a nightmare. Our flight was connecting through Dallas on its way to Houston.

Eh, it’ll be fine. Surely they’ll have this fixed up by tomorrow.

I underestimated the Texas weather. Ice storms, tornadoes and horrific winds battered Dallas that evening while we slumbered, dreaming of our lovely Caribbean cruise and pina coladas. In the morning, we blissfully set off for the Denver International Airport, chattering happily. 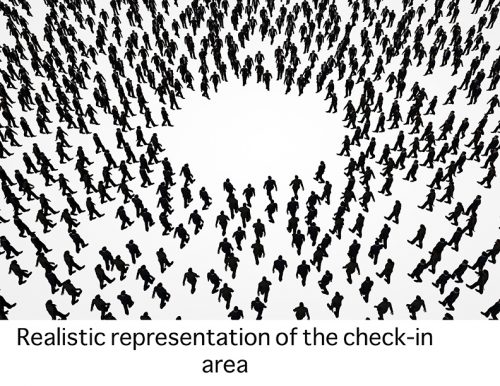 We started with the automated check-in machines because we had already checked in online and just had to get our two bags checked. After waiting for 15 minutes, it was our turn and we entered all of our information. The machine spit out boarding passes and nary a peep about checking our bags. We tried checking in again. More boarding passes. At this point, I started to sweat a little because I had heard “Mommy I’m hungry three times” and it was getting on my nerves. (Forget the fact that I had fed them less than 45 minutes prior). I walked over to the baggage area to ask an airline employee.

Airline employee lady turns around and walks away. OK then.

We tried to stay calm and decided to check in with a person. The trouble was, the lines were so big and willy nilly, we couldn’t even tell which line was leading where. And neither could the other 500 people waiting in the lines. We split up and each took one line. Another 15 minutes. My phone rings. It was Keith, telling me he was outside with the curbside check-in, waiting in that line to hedge our bets. Genius. He told me he would call me when he was at the front of the line. Ten more minutes. Keith reached the front of the line and the kids and I dashed outside.

Ten minutes later, the curbside checker informed us that our tickets were flagged and we are not allowed to be checked in curbside. What? We were told we had to go inside and check-in with a person. At this point, the kids had had enough and I was seriously concerned we were going to miss our flight. And considering we were leaving on a cruise the next day, this was very concerning. My armpits were drenched.

We dashed inside and picked a line, occasionally trying to flag down an airline employee to ask for help. Only to have them turn their back on us and race off to some other airplane emergency. After waiting ten minutes, we discovered we were in the Priority line. Too late, we were committed to this line. I begged, begged the ticket lady.

“Please help us. I know we aren’t priority but we’ve been trying to get our two bags checked for over an hour, have waited in four different lines and we have a cruise to make.”

Airline lady looked at our tickets. “It says right here on the ticket you’re Priority. You should have come to this line in the first place.” What???! Thanks lady.

NO clue why we were dubbed priority but regardless, we rushed through check in and practically ran to the security, hearing “I’m hungry” at least five more times. Surprisingly, security went pretty smoothly and we arrived at the gate with some time to grab something to eat. We settled in and ordered some pretzel bites and waters. 20 minutes later, no pretzel bites. I flagged down the server.

Server turns and walks away. What. the. hell.

Five more minutes. Keith flags down the server. Where are the pretzel bites?

“Hey man, you come to a sit down restaurant and you seem to be in some sort of hurry.” Server says.

Um yes, this is an airport. With planes leaving.

It finally got to the point where, even though we had already paid for the pretzels, we had to get up and leave to board our flight. No food, but we did manage to spend $14.

This trip was not turning out to be an easy breezy time.

Once in the air, the levity returned and we were happily reading and watching movies, talking about the trip and what we were going to do first on the ship. That levity was promptly broken by the pilot coming on the loud speaker and announcing that the Dallas airport, our gateway to Houston, where we HAD to be by the end of the day or, at the very least, very early tomorrow morning, had closed. We were now flying to San Antonio. Oh. Great.

Keith and I got out a map and strategized. San Antonio was actually closer to Houston than Dallas. Should we get off the plane and rent a car to get to Dallas? Or should we wait it out and see what happens with the Dallas airport? The flight attendants announced that if we wanted to get off, it was fine, but we would be unable to get our luggage. We were in an unenviable position. Get off and drive and hope our luggage found it’s way to Houston the next day? Or sit on the tarmac for who knows how long and possibly not get into Houston until later the next day? Where we had to drive to Galveston to make the ship by 2pm. And what was the rental car situation in San Antonio anyway? If we got off and rental cars were all booked due to the Dallas weather messing everything up, we were up a creek and stuck in San Antonio. Possibly without luggage. We debated for close to two hours, sitting on the tarmac in San Antonio.

The pilot gave an update. They were allowing planes to land in Dallas! Hurray. Everyone clapped. Wheels up.

We landed in Dallas and ran through the terminal to our next gate to catch our plane to Houston. It, along with every other flight, was delayed. To more choruses of “Mom, I’m hungry”, we raced through the airport. Where we proceeded to wait another two hours. At which point, the airline flashed up the dreaded Cancelled on the electronic board. At this point, it was 10pm and we had been traveling for 12 hours. At light speed, I whipped out my phone and made a reservation for a rental car. We then raced to baggage claim to get our luggage. Where we were greeted with this sign:

No bags pulled for cancelled flights.

What??! We were going to leave on a 4 and a half hour drive without our luggage? And get on a cruise the next day without clothes?  No. No no no no no. Did the God’s of Travel hate us? Was mother nature conspiring against us? Is family travel not our thing? Would we ever consider flying American Airlines again? (That’s debatable).

While I tried to  stop myself from going into Beast Mode, Keith arranged a pleasent look on his face and approached the baggage lady.

“Hi. We actually have a cruise we need to catch tomorrow out of Galveston,” he said, turning on the charm. “Is there anything we can do? Normally we would just wait until the baggage made it where it needed to be, but this is kind of an emergency.”

“Baggage will go to the final destination at some point.” Lady said.

“Please. Seriously, we can’t stop this cruise from leaving…..can we at least get the baggage delivered to our lodging in Galveston? It’s closer to the port we are leaving from.”

“NO!” She barked. “People come to me with all sorts of stories, saying they need their medication, they need their carseast! Baggage. goes. to. final. destination. airport. only.”

“Mommy, are we going to miss the cruise?  Are we not going to see Mickey?” the kids wailed, crying their eyes out. I turned hopefully to the baggage lady. Surely she would show some compassion with these adorable, bawling children? Nope. This woman was ice. Glacial, really.

We doggedly headed to the rental car kiosks. Totally defeated and exhausted. With a purse and nothing else. Unless you count the 125 newspapers Keith had in his backpack. But that’s pretty much it.

…….Want to know what happened next? Because there’s more. OH so much more family travel. Stay tuned for Part Two….. 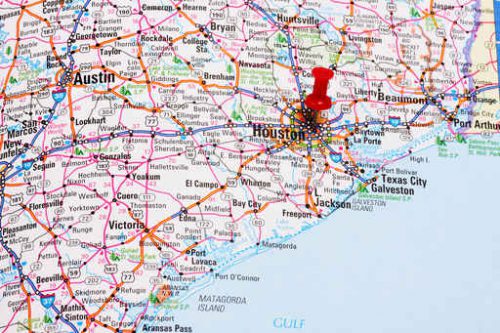