Family Travel and the Pandemic 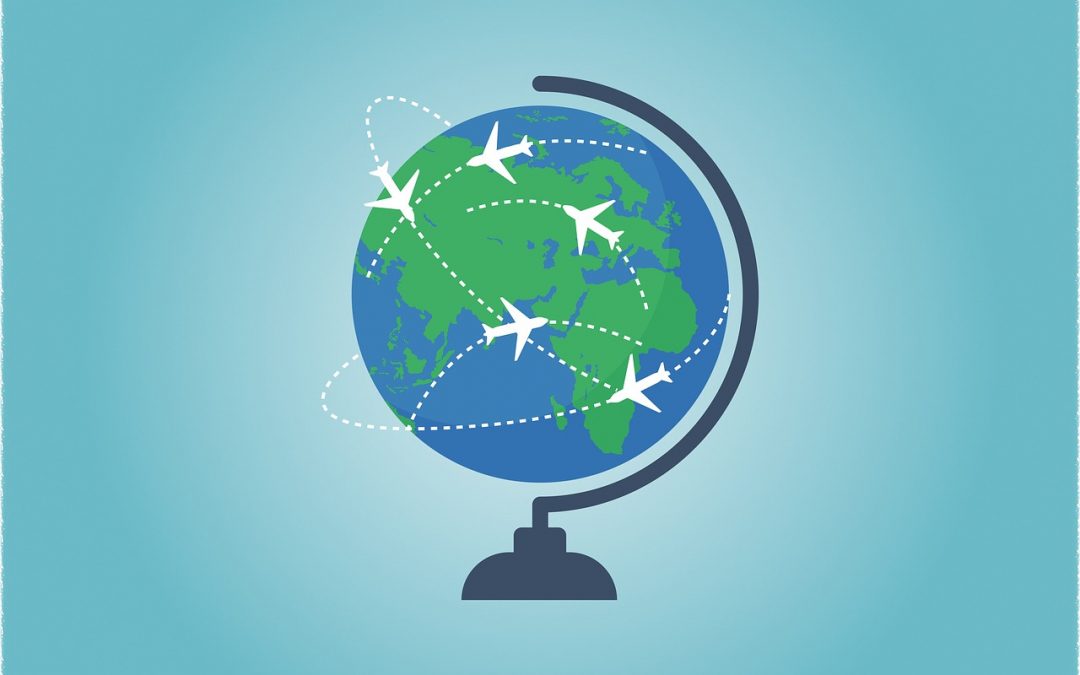 Giddy up everyone, because I’m about to get real. Real about family travel and the Pandemic.

The travel industry has just been through the most challenging three months in history. Worse than 9/11. Worse than the 2008 recession. Worse than anything anybody could have imagined. And it happened so fast that nobody saw it coming and it was an absolutely unstoppable force. Everyone from hoteliers to tour operators to travel agents to hotel bartenders felt the five stages of grief.

We all first read about the virus somewhere near the beginning of February. Frankly, many of us found it mildly annoying.  I had just been on a fantastic work trip to a ranch in New Mexico, where several of my fellow agents and I were discussing what was starting to happen. A couple of them had received cancellations for cruises for late summer and we discussed how people were a bit alarmist and how we thought the media was out of control. “Fear mongering”. “Alarming people”. It was ridiculous! Even my friends outside of the travel industry were in denial. A friend who is a nurse remarked “Good lord, just wash your hands people, what’s the big deal?” Another friend remarked that flu kills thousands every season – why must the media be so nuts? You couldn’t even turn on the TV without hearing about it. It was starting to drive us all crazy. I wasn’t even slightly worried. Flu season was going to end around the end of March or April anyway. I received my first cancellation around mid February.

More people began emailing me, asking what I thought. Should they get insurance? Many of them were within cancellation policies and had declined insurance so there was nothing they could do. Denial was still powerful – one of my favorite clients and I discussed the fact that we thought this was still media overkill. He agreed. And his wife worked in healthcare. Evidence based people and so far, we weren’t seeing the evidence. More people began calling. And emailing. And expecting me to do something. They were angry about their vacation plans and the fact that they might go up in smoke. “What do you mean I won’t get all money back??” “Do something!” And I was starting to get angry that they expected me to work miracles. Not to mention they were cancelling so prematurely. Why couldn’t they wait it out a bit? I advised people as best I could and started to hear from more and more people who were anxious and mad. Should they outright cancel or reschedule? Were there fees involved in that? My agency friends and I were talking on the phone constantly- what should we do? Does anyone know what tour operator A was doing to handle the situation? What about that hotel or this hotel? Would they give a refund? Nothing like this had ever happened. The entire industry was in an uproar. I’m sorry to say that there were several people who most decidedly were not nice about the situation. I talked to bloggers who totally support themselves with their blogs – their numbers were falling, and they were freaking out. I was still just angry at the media and their constant talks of death and destruction. I majored in journalism – we were taught to grab people with the “hook” headline…..I knew the drill. People were yelling at me sometimes. I had to take a major break from social media.

As more and more cancellations poured in, life became a blur. I wanted to help people so much but my hands were tied – cancel policies are there for a reason. I told myself that many of these spring break trips would still happen as the government took control and perhaps made an announcement that would help everything and everybody. And I certainly wasn’t cancelling my summer trip – we had been planning it for months. And none of my summer clients were cancelling either. When flu season ended this would all be a distant memory. And frankly, even some of my friends in health care were bargaining and totally on the same page as me. Summer was still on dammit! Still. On. A client rescheduled her spring break for the end of May and I totally thought she was being reasonable. End of May was practically summer and maybe I could save some of these vacations. Getting back to a little denial here, along with the bargaining. I could get through this, I thought. I worked round the clock trying to help people and trying to figure out a way out of this absolutely gigantic mess. My husband became seriously worried about my mental health.

When I cancelled my last remaining spring break booking, I fell into a big depression. I’ve been working in the travel industry for awhile and truly love it. And I had built my travel business to something I was really proud of. The owner of my agency had written me not to long before and told me how proud he was to see where I had taken my business. I had given up my photography business to focus full time on travel. The worst part was having no idea where the industry was going to go. I would lie in bed and think about how many people are going to be in deep financial trouble. Hotels were going to go out of business. Waiters and waitresses wouldn’t have jobs. Tour operators would probably go out of business. What if someone sued me? People like a scapegoat. It was really hard to get out of bed and actually function after seeing my business and people’s trips go down the tubes within a few week’s time. Tour operators and airlines were (and still are) constantly changed policies and I had no idea how to advise people because no one knew what to say or do. March and April were a truly dark dark time. And home schooling kids? Don’t even get me started. It was hard for everyone to hold it together.

Acceptance started for me when my friends in Italy told me about bodies piling up and said travel to Europe wasn’t happening any time soon. Covid was here and likely was not going away any time soon. We cancelled our summer trip to Europe. I waited (and am still waiting) for my refund from the airlines. When people ask me about international travel to Europe, I’m honest and tell them to skip it this summer. No one knows when things will be open fully. Really anywhere. And things are so fluid that telling people to plan on Europe this summer would be flat out irresponsible of me. Fall will happen in certain countries but I don’t think summer is on the table and I’ve accepted that I will not be planning a whole lot of international trips for the next few months. And we certainly won’t be going either (well – maybe to certain places). I’ve applied for Pandemic Unemployment Assistance and received government assistance for the first time in my life. And I’ve accepted that I most likely will not be getting paid for the majority of this year. And I consider myself pretty darn lucky under the circumstances.

Where will happen to family travel and the Pandemic? There are so many unknowns. Global travel will come back. But I also believe it may take year or so to get there, depending on the country. Some will be faster than others. And there will be stages of opening things up as certain cruises and airlines get bail outs. Many resorts and hotels may get more expensive as they try to recoup huge losses. Plane travel will slowly return but may be more expensive and flight options more limited. Travel will slowly get easier but even after it returns fully, there will be fear amongst some people about getting on a plane. I don’t happen to be one of those people and most of my clients aren’t either. But I can’t say I blame people who are trepidatious. In the meantime, now is a great time to explore your own country. I am planning trips for the fall both within the United States and out, but I am paying very close attention to cancellation policies and trying to stick with flexible policies. I don’t think it’s unreasonable to plan for fall and Thanksgiving and Christmas. But pay close attention to cancel policies and make sure things are flexible. It will come back!