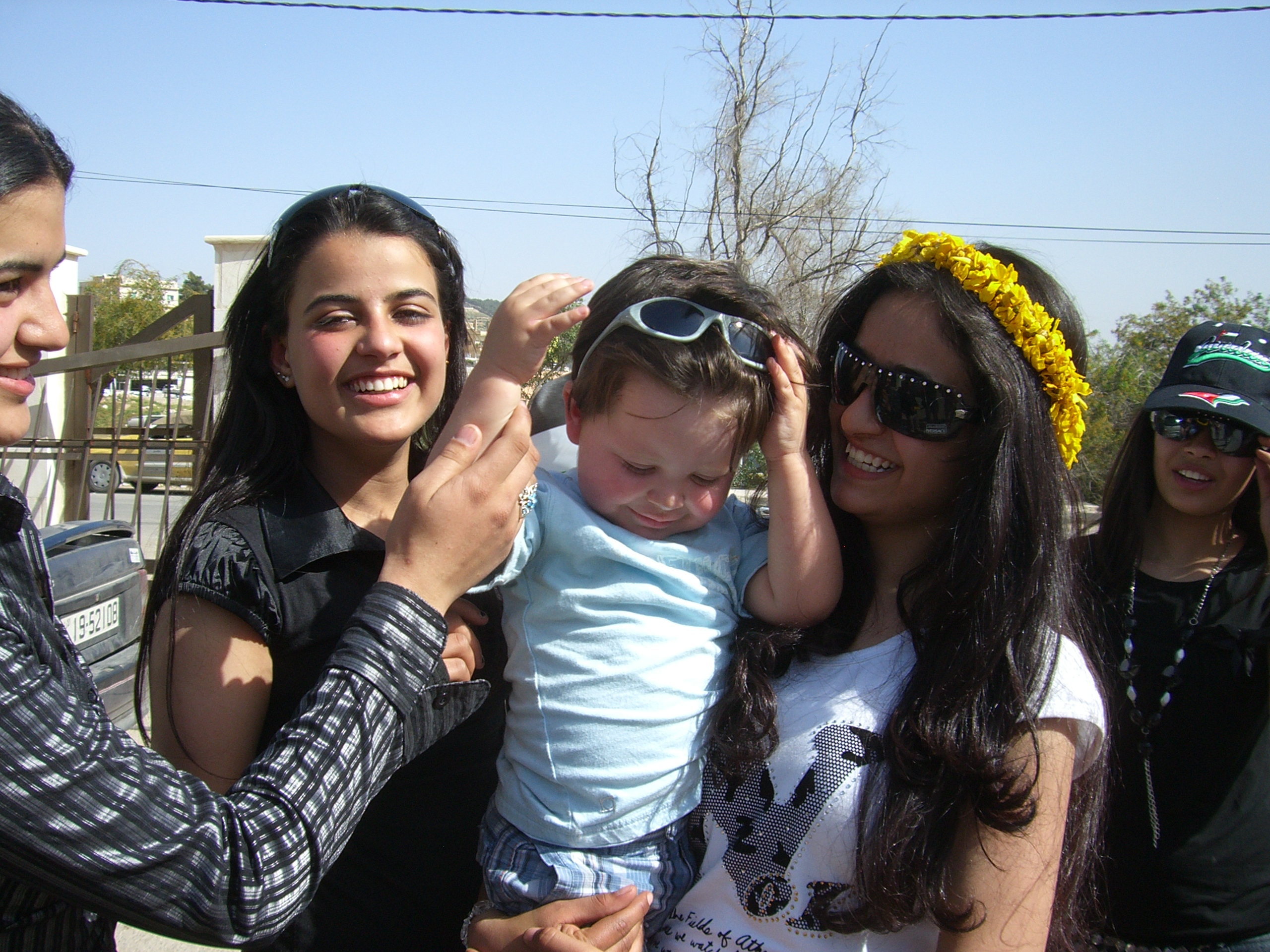 Our son became a rockstar in Jordan.  How, you ask?  Well, simply for being cute!  Here is our story for traveling to Jordan with family.

In countries we had traveled to prior, we had become accustomed to locals staring at Max because he was cute and had blue eyes.  In Thailand, we were stopped by a group of people so they could take pictures of him (Keith and I were shooed away–wouldn’t want un-cute adults in the picture).  In Bahrain, a random man in the hotel literally took him out of my arms, exclaiming how adorable it was.  Kind of annoying sometimes, but we chalked it up to cultural differences.  In a Cambodian restaurant, the sweet waitress tried to bring him back into the kitchen to “show him how they cook the food.”  Um, no.

But nothing could compare to the amazing experience in Jordan when traveling with family and how, not only Max was treated, but us as well.

We went to Jordan with my parents pre-Zoe.  Max was about 2 and a half years old.  We had hired a tour company to take us to various places, among them Petra, the Dead Sea, Jerash (Roman Ruins) and Umm Qais (more Roman Ruins!)  Tour guide Nick, who bizarrely had married a woman from Chicago, spent two days with us going to these various sites.  Incidentally, my mother hated this guy, but that’s a story for another time.

Our first stop was Umm Qais, which contained some really great Roman Ruins so Keith was happy.  As we were walking through the site, we noticed some random high school girls pointing to us and smiling.  No matter, we figured they hadn’t seen a westerner in some time and smiled back and moved along.  Shortly thereafter, some cute high school girls, who were clearly at the site on a field trip approached us.  Could they take pictures of our son since he was so cute?  Sure I thought and stood there while they politely took a picture with Max and each other.  They thanked us profusely and we wrapped up our tour of Umm Qais and got back in the van.  Up next?  Jarash, which we had heard was amazing in terms of amount of ruins. 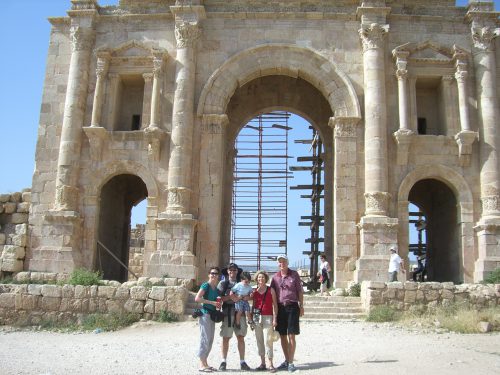 We took off and headed into the site while our guide waited back in the van (I guess he had seen Jerash enough times at that point).  Within, minutes we saw huge groups of high school girls pointing at us and the running towards us, screaming.  SCREAMING with joy.

If these girls hadn’t been 15 years old and so full of innocent joy, I would have been a little frightened. 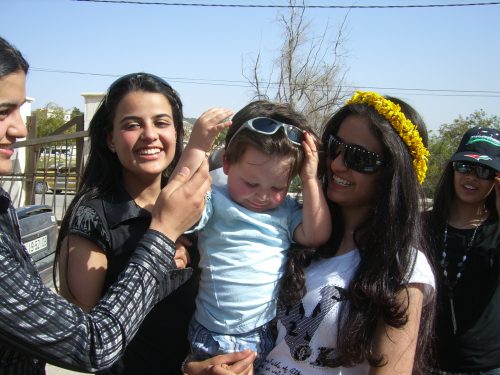 Being fawned over, like he was Mick Jagger or something

These girls were FREAKING out.  After the first group had their fill, we moved on and started the tour.  At one point, Max and Keith were a little ahead of me and I could see swarms and I mean, SWARMS of girls surrounding them, shouting out questions about Max.  I’m sure Keith wasn’t complaining about this at all.  It was like he had the world’s cutest puppy with him and the women surrounded him in droves.

I was strolling along with my mom and, before I know it, we’re were surrounded by the sweetest Jordanian girls imaginable, just THRILLED to see us and talk to us. 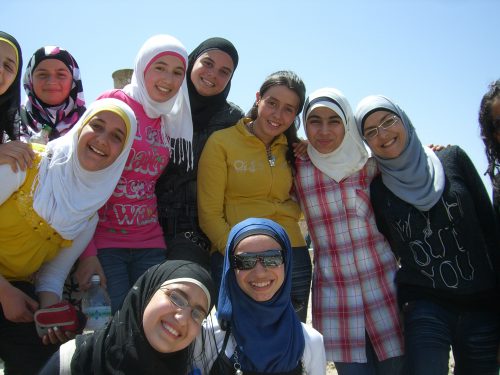 If you ever want to be treated like a rock star, I highly recommend Jordan! 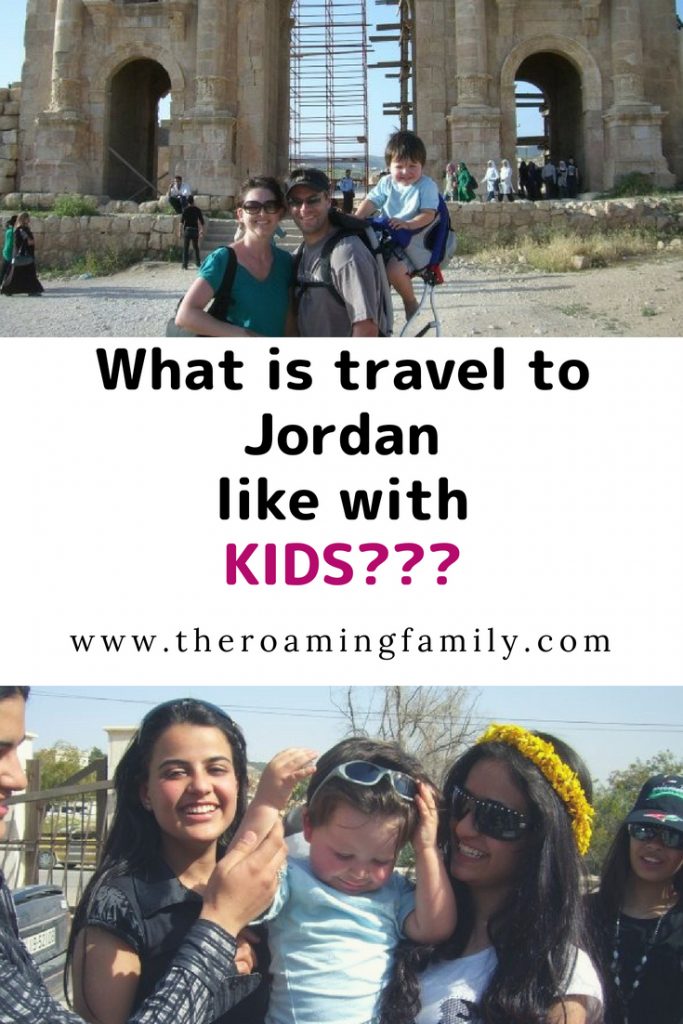