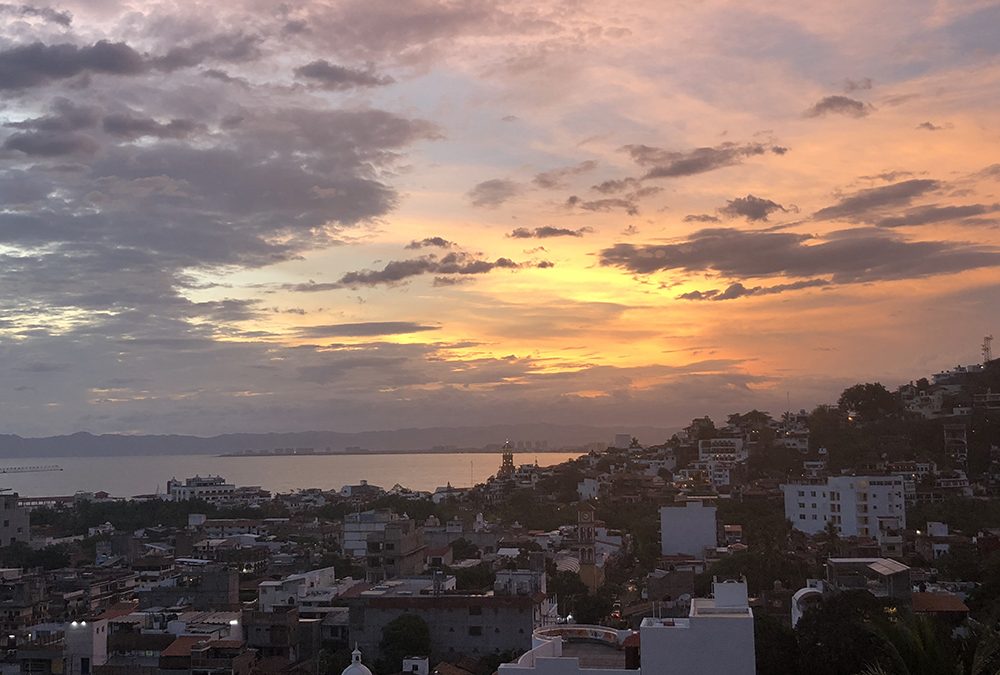 Keith and I got a little alone time last week when we went to Puerto Vallarta by ourselves!!!! Yes folks, there was silence, there was downtime. “Mommy!” was not yelled ever 5 minutes. It was glorious. We were actually a little worried about what we were going to talk about after being surrounded by at least one child for at least 11 years, but it turns out, reading in silence is perfectly satisfying! 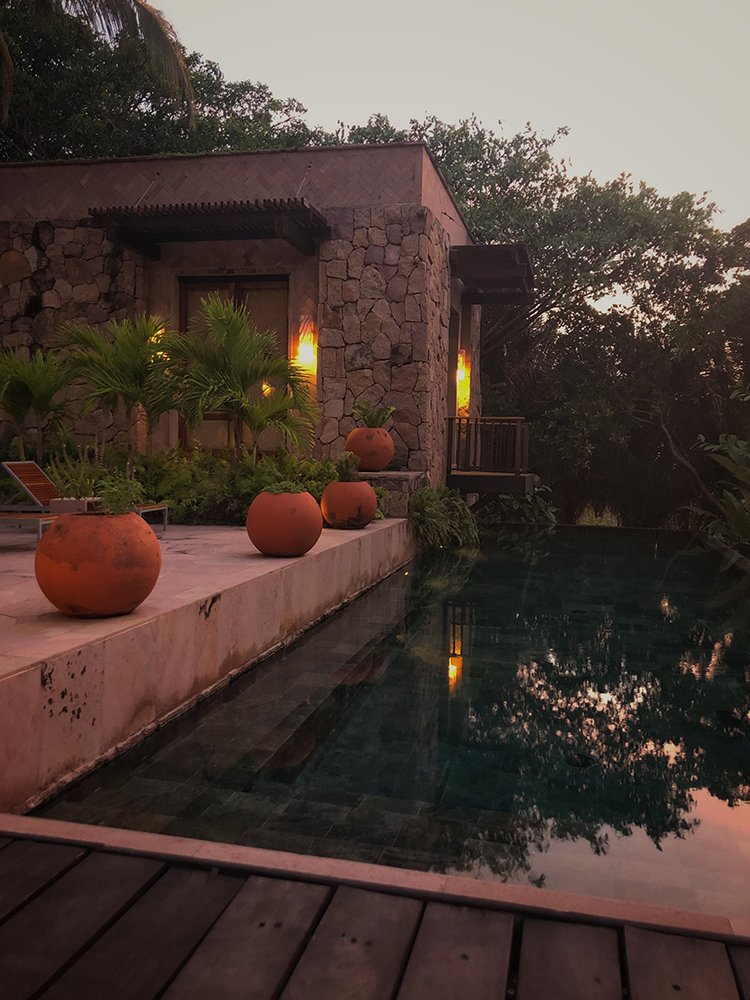 I had been to Puerto Vallarta but Keith never had so I planned a trip with several things in mind. Beach. Culture. Margaritas. Chips and salsa. Beach. Did I mentioned margaritas? Most people think of Puerto Vallarta as a beach/party destination, but it’s so much more. There are so many interesting Puerto Vallarta facts that we didn’t even know about.

Fun Fact number One: Puerto Vallarta wasn’t built to be a tourist destination like so many other beach towns in Mexico. The city slowly started populating around the late 1800s and was officially named Puerto Vallarta in 1918, named for Governor of Jalisco, Don Ignacio L. Vallarta. It was a shipping port.

Fun Fact number Two: Puerto Vallarta is in the Mexican state of Jalisco. Jalisco is famous for it’s mariachi bands and tequila. Mariatchi is very big in this area of Mexico. And the town of Tequila, home to numerous agave farms, is located only around 4 hours and a fun day trip from the city. To learn more about Tequila (and Guadalajara, another fantastic Mexico city), read this post.

Fun Fact Number Three: Puerto Vallarta is where Elizabeth Taylor and Richard Burton went to continue their love affari off American soil (both were married to other people). Burton was filming Night of the Iguana and bought Liz a house, Casa Kimberly, for her 32nd birthday. He also purchased the house across the street for more space. They built a bridge between the two so they could escape prying eyes. Richard Burton and Elizabeth Taylor are a large reason why Puerto Vallarta became a popular tourist destination. 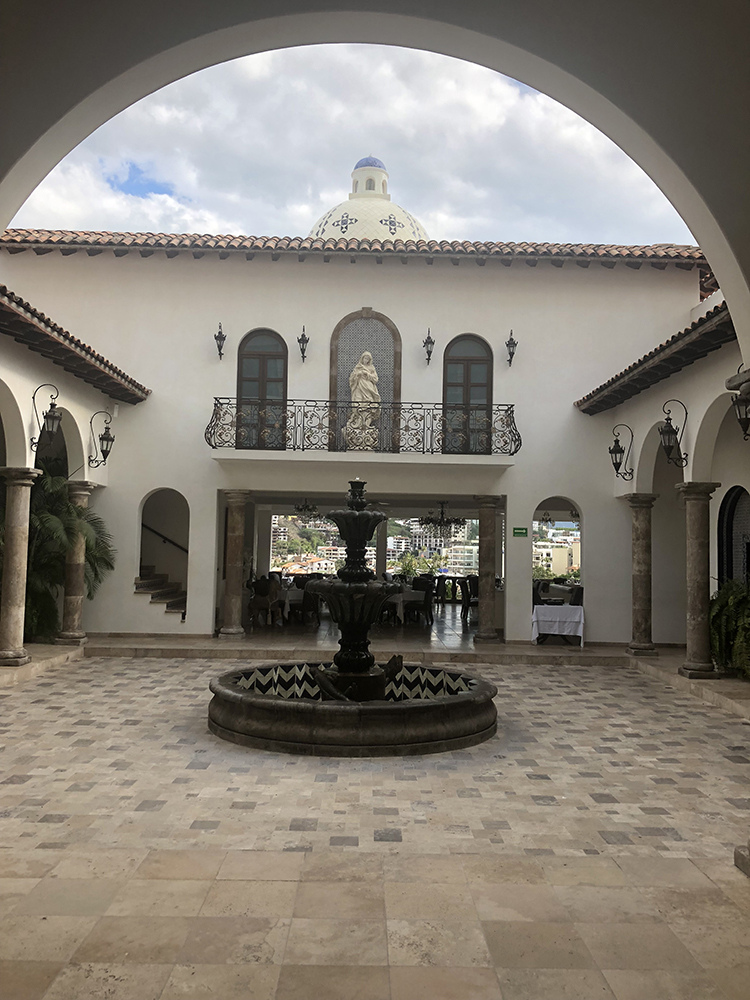 Fun Fact Number Four: Casa Kimberly is now a boutique hotel, restored by the owner of Hacienda San Angel. Incidentally, Hacienda San Angel was also purchased by Richard Burton, as a gift for his next wife in 1977. The man enjoyed buying houses for women, that’s for sure. The hotel looks much like it did when Elizabeth Taylor lived there, with 9 suites, including the Elizabeth Taylor Suite. There is also a beautiful restaurant and tequila bar and a swimming pool and spa. The views from the hotel are incredible. 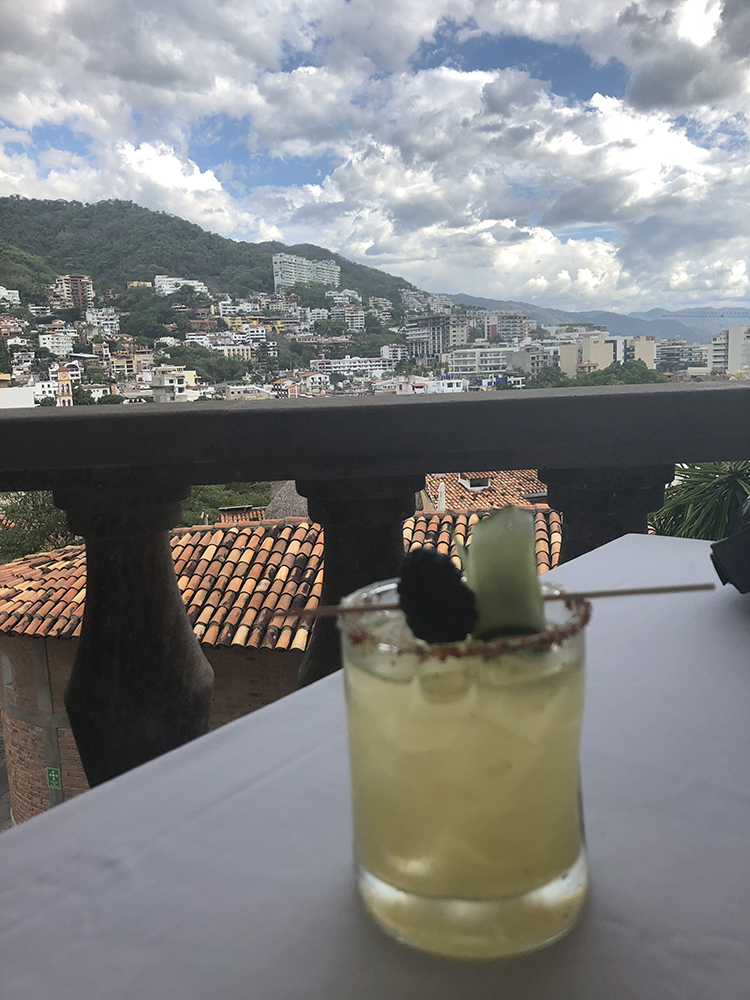 Fun Fact Number Five: The Bay of Banderas, the bay Puerto Vallarta is on, measures 42 kilometers from point to point. It is one of the deepest bays in the world (up to 900meters deep). It also has humpback whales.

Fun Fact Number Six: Puerto Vallarta is very close to the Marietas Islands. The islands are totally uninhabited and very protected by the Mexican government. Home to 44 different species of plants and animals, the islands are best known for “Hidden Beach”, a beach literally in a crater.  Jacques Cousteau  was very instrumental in protecting these islands. We took a snorkeling tour there, and, not surprisingly, I was stung by 6 jillion jellyfish the second I entered the water. Because that’s my MO in the water. But Keith reported seeing many fun things such as eels and a man-o-war jellyfish (ew). 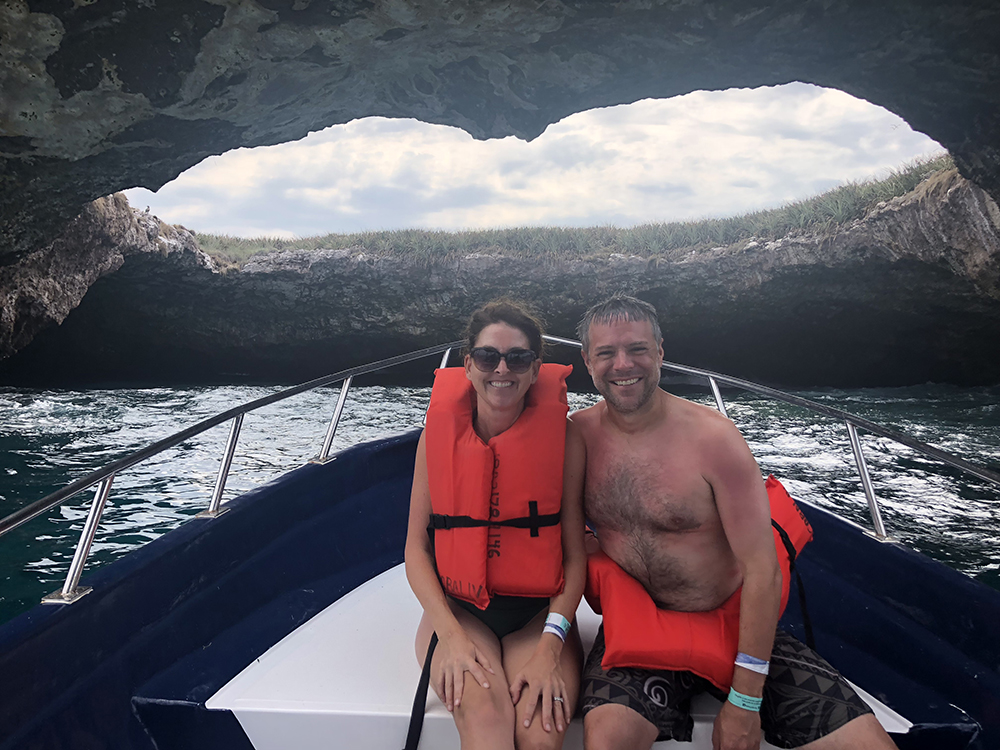 No sunscreen allowed because of the reef. Which I think is pretty obvious in this picture.

Fun Fact Number Seven: There are up to 30,000 expats living in Puerto Vallarta. Because it’s beautiful.

Fun Fact Number Nine: You can drink the water! Purified water is standard in all hotels and restaurants. In addition, Puerto Vallarta’s water authority (SEAPAL) has received special recognition certifying the cleanliness of the local water supply for more than 15 years now. Keith was all paranoid about it, but little did he know that every time the servers poured us water out of a pitcher, I have no doubt that it was tap water 😉

Fun Fact Number Ten: While there are hawkers on the beach and boardwalk trying to sell you things, the majority of Puerto Vallarta is very culturally rich. With tons of art galleries, cobblestone streets and traditional colonial architecture. It is nothing like Playa del Carmen, with the exception of the occasional Senor Frogs. Because Mexico 😉 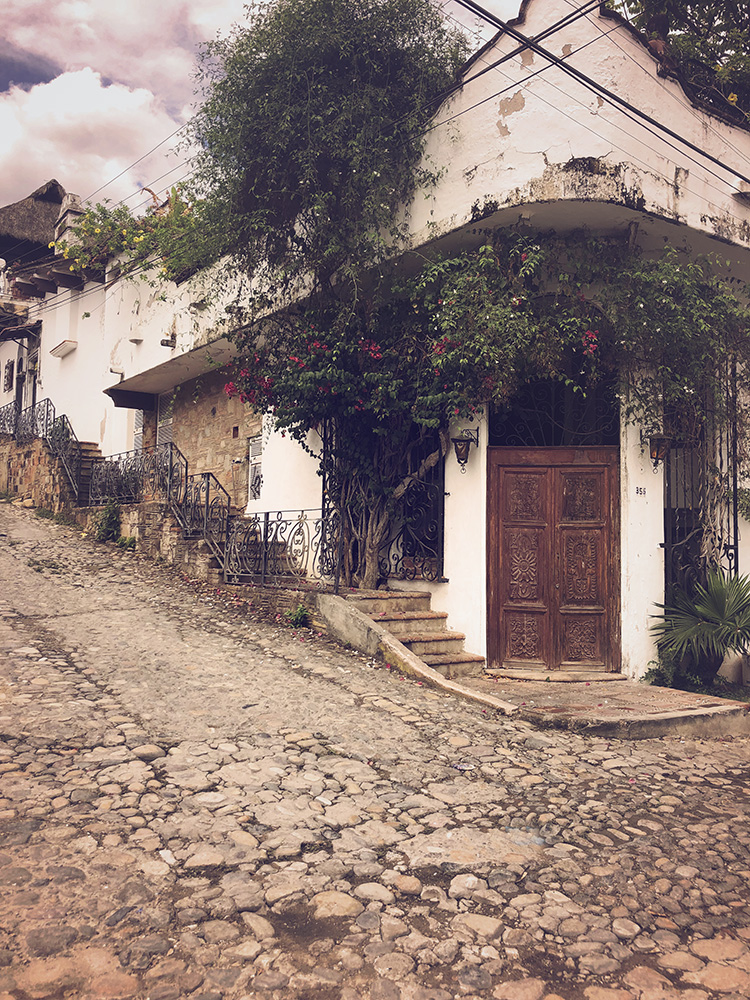 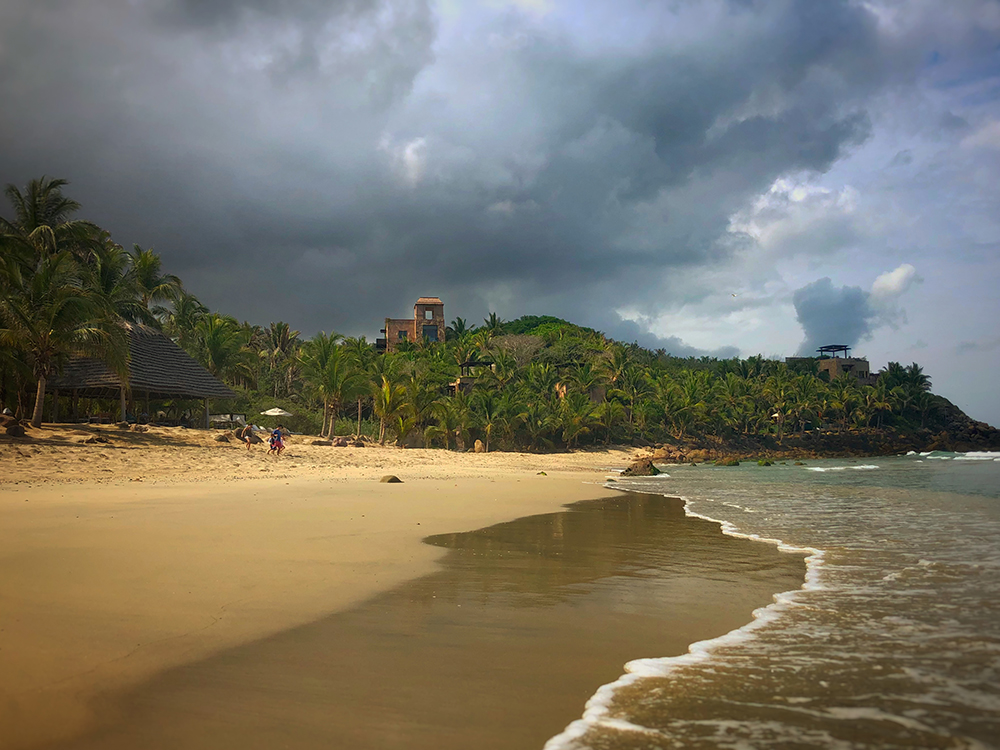 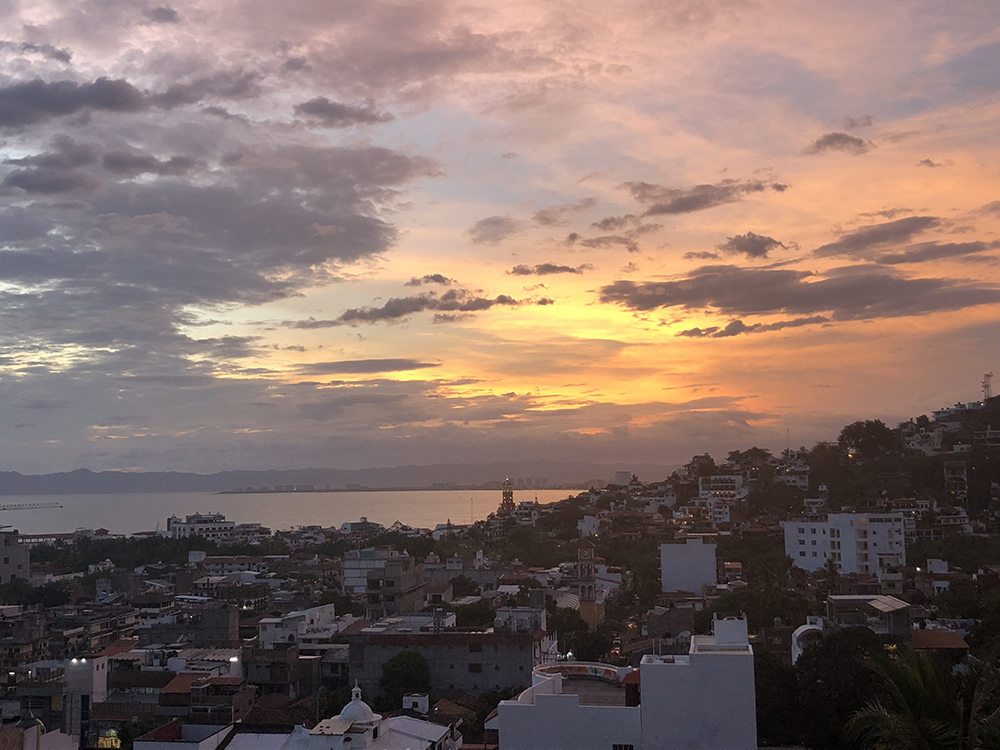 My impressions of Puerto Vallarta…. (don’t call it PV, by the way – it irritates the locals and let’s them know you for sure are a tourist) totally up my alley for vacation. Beach and relaxation time and amazingly culturally rich. I love cobblestones and Spanish colonial architecture. There is nothing better than walking into an unassuming doorway and finding a HUGE beautiful courtyard inside, filled with jungle plants and cool air. And maybe even a tiny plunge pool. This is totally my dream house! For information on what to do in Puerto Vallarta, check here.

Looking to plan a trip to Puerto Vallarta? That’s my job! Contact me here. 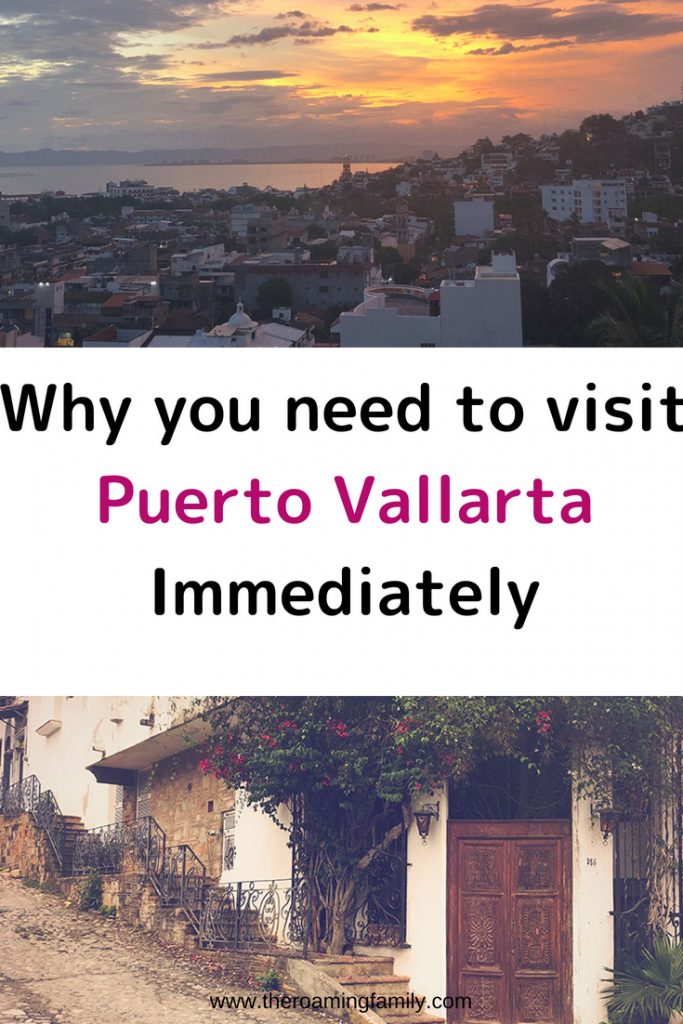