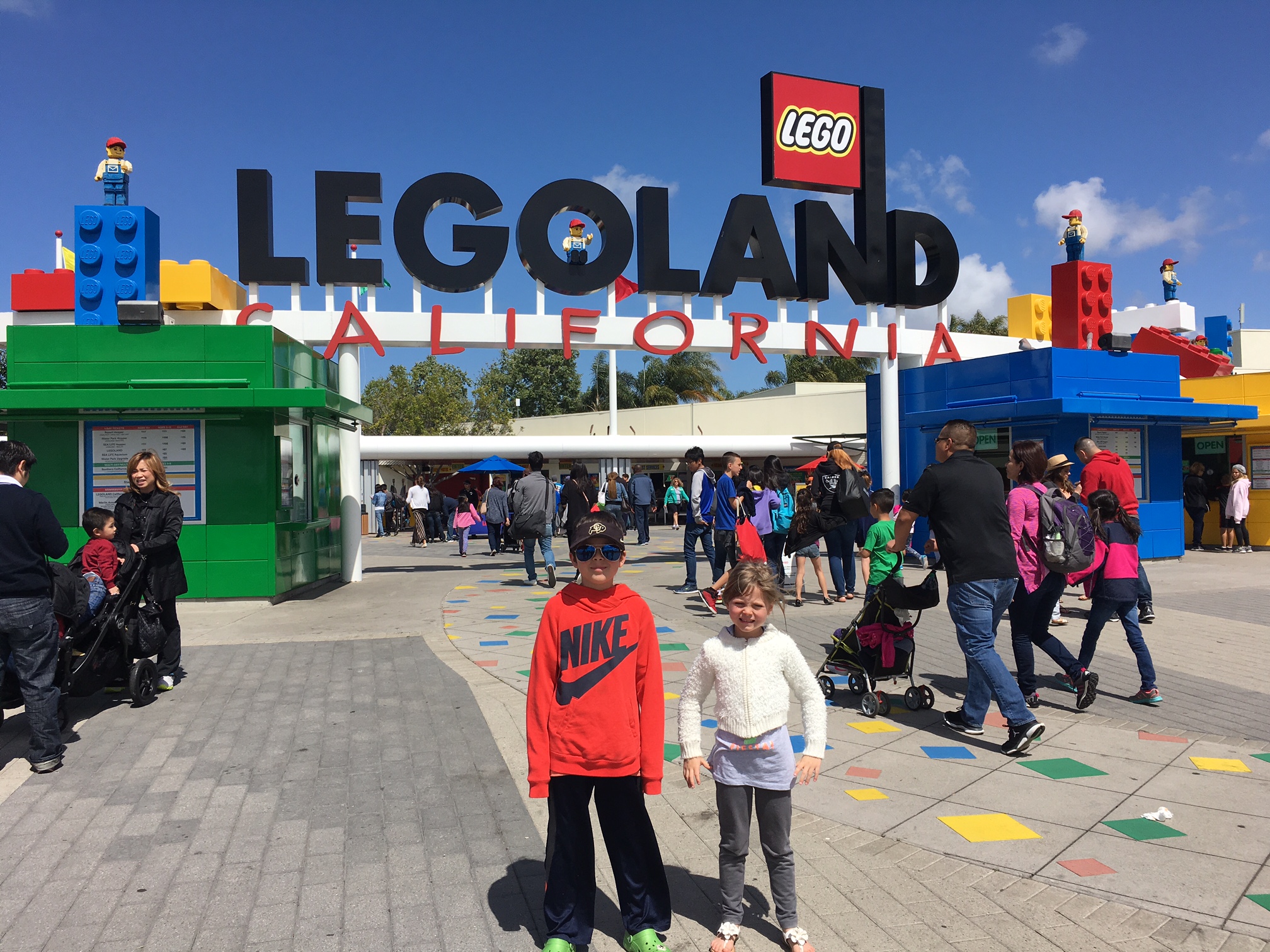 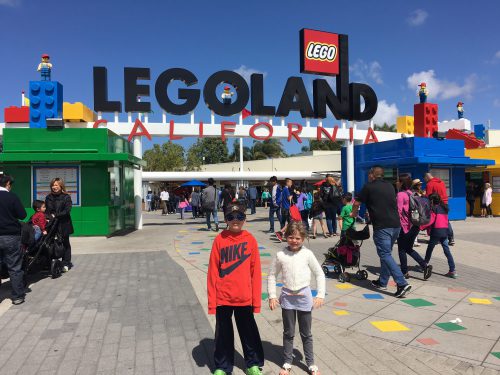 Our family’s typical spring break is great because we have parents who live in a warm, beautiful place – Palm Springs. I’ve been going yearly since I was ten and we have passed the tradition down to our children. We usually try to combine some other towns or activities into our visit, which is usually Disneyland or a visit to the Los Angeles area. This year, we decided to hit Legoland, located in Carlsbad, about 20 miles north of San Diego and have ourselves a Legoland family vacation.

Three words. What. A. Dump. We were unbelievably disappointed in Legoland. If you have children over the age of six or seven, I would recommend skipping it and hitting another theme park. The vast majority of the rides were made for pretty young kids and our children were bored fairly quickly. And the rides for more advanced ages, like basic roller coasters had such long lines it was ridiculous, even for spring break. There were three main reasons we were disappointed in Legoland:

Eww. The park was trashed. Litter all over the place and just basic grime all over everything. Even a lot of the rides had peeling paint and rusty bolts. It looked generally run down. And I never saw any park employees picking anything up or cleaning. My mother, a California native, was appalled. “You would NEVER see this at Disneyland!” (She might be a little biased, having grown up during the time when Disneyland first opened :)) Some of the water rides even had trash floating in the water. It was a bit gross.

We searched and searched for food and never saw any that appealed to us whatsoever. Choices are greasy pizza, HUGE Pepsi and bland salads, which you have to buy together as a package, or basic sandwiches for upwards of $10. While I do expect to see inflated prices at theme parks, $10 for a PB&J was a little hard to swallow. We finally decided on pizza and it definitely didn’t help the hunger, it basically made us feel vaguely ill. It’s possible we may have missed some spots for food, because the map we were given was terrible, but I felt like we covered every square inch of the park and I never even saw an ice cream shop. Churros, however, we in abundance. Especially churros coated in chocolate sauce.

Adult tickets (anyone over 13) for $93? Um, a little much, considering there aren’t even true roller coasters. And $87 for children? Ridiculous. I get that Disneyland can get away with prices like that for the whole “it’s magical” aspect, but frankly, Legoland can’t. Especially since there really aren’t even a lot of Legos involved. My son, who is nine, was really hoping to see a LOT of stuff built out of legos but, surprisingly, there really aren’t, other than Legotown and a few random figures sprinkled here and there. Rest assured though! They will SELL you a lot of Legos at the Lego Store on the way out! 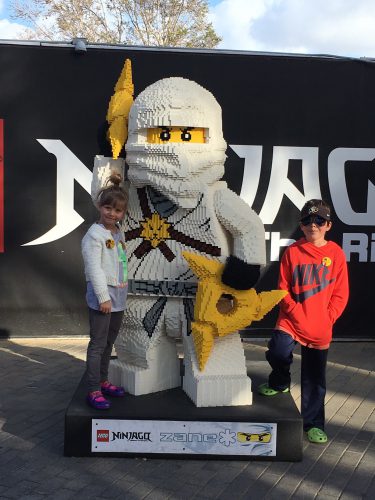 Some tips for a Legoland Family Vacation:

Don’t plan on spending more than one or two days there. You can easily cover the whole park in one day but if you want to take your time and have really small children, two days can definitely work. You can also add on the Aquarium and the WaterPark for the second day.

Do buy tickets online ahead of time. Tickets at the door for Legoland Park only are $93. Online they are $88. Even better, try www.Undercovertourist.com for more discounts. It’s not much, but they have a lot of options on how to save money at many theme parks. If you plan on spending more than one day, check out the different deals for combining the park, aquarium and water park packages. There are also discounts for staying that the Legoland hotel.

Do consider staying at the Legoland Hotel. It’s right next to the park, easy walking distance and it’s a great place to take a break in the middle of the day when you’ve had enough and, frankly, just need a drink in order to continue. In addition, the food options are a million times better than the park. And kids love the theme rooms and children’s menu options.

Don’t bother getting your kids a “driver’s license” after the driving school ride. Kids are allowed to drive around in a go-cart and afterwards given a driver’s license. However, we soon found out that the “license” was going to cost us $15 each and all it was a simple laminated picture of them with an official card. I kept the cardboard paper they gave us and told them I would take their picture myself and have it laminated. Cost…$1.

Do combine your visit with a San Diego attraction. we spent one day tooling around San Diego and La Jolla and visiting the Hotel del Coronado. The whole area is filled with quaint little beach towns. A favorite for the kids was La Jolla Cove, where Sea Lions like to congregate on the beach.

Don’t bother if your kids are over the age of 8. Honestly, Max was bored to death. Zoe thought it was okay, but she just turned 6. 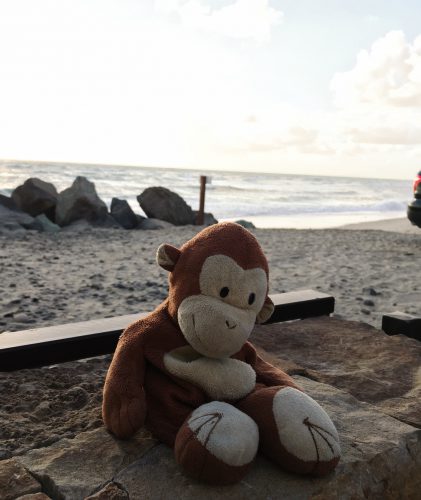 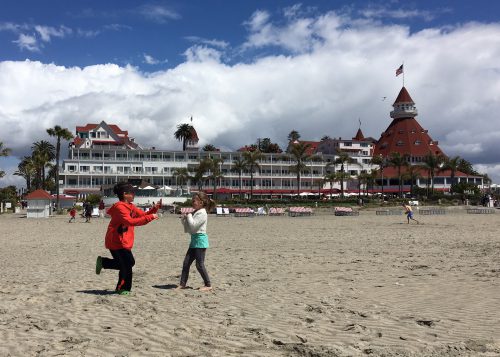 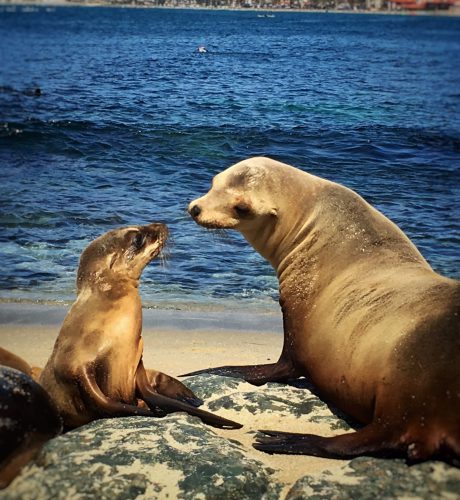