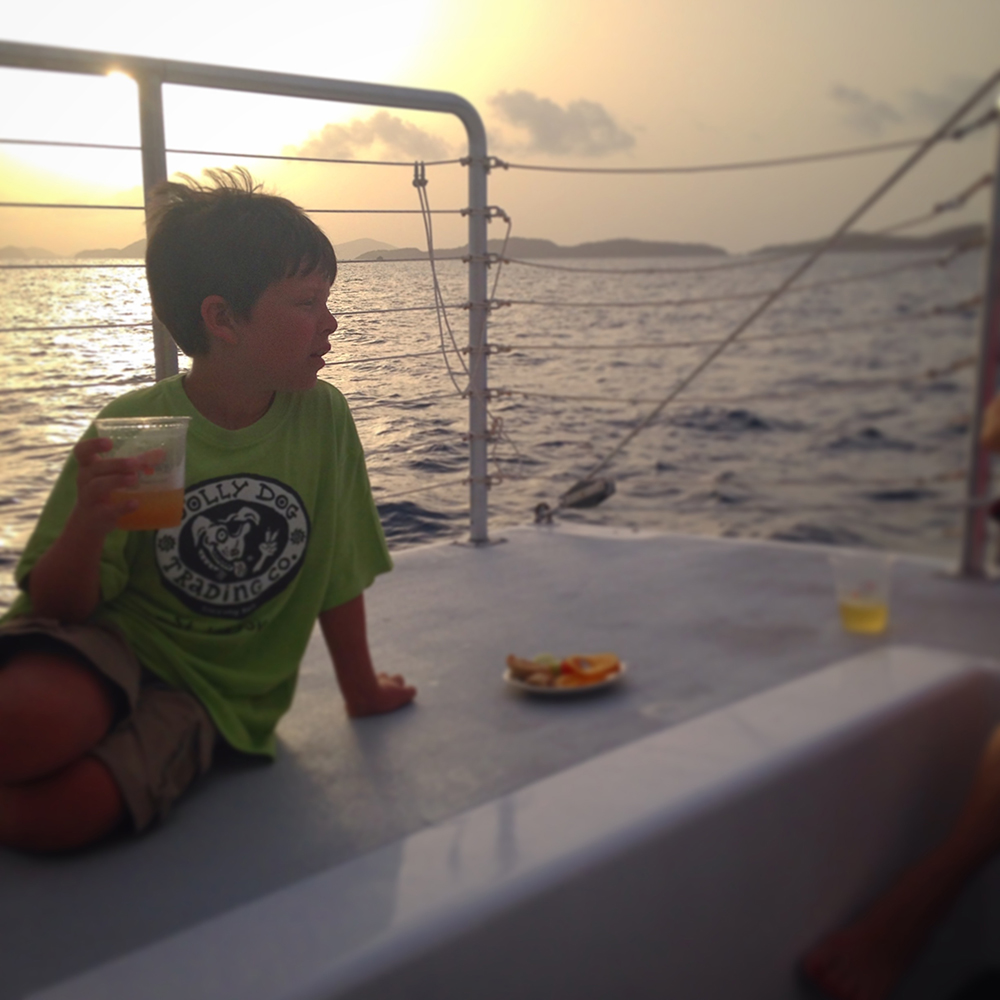 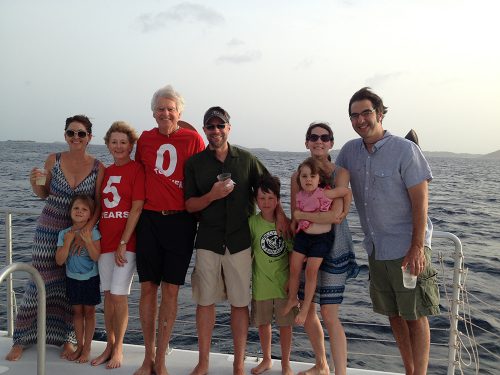 We went on a Catamaran trip last summer when we were in Nicaragua and had a total blast so when the opportunity to go sailing in St. John, USVI popped up, we jumped on it. The trip was billed as a “Sunset Cruise” and sold through the Caneel Bay Resort.

The boat left from the Caneel Bay Resort dock at 5:30 as the sun was slowly setting. Upon boarding the boat, called Island Dream,  we were introduced to Captain Chris and Kelsey and Sean. We soon learned that the crew and boat were not employed by Caneel Bay but actually a separate company called Cruz Bay Watersports, which Caneel Bay outsources for some of their sunset cruises. We couldn’t have asked for a better crew! Chris, Kelsey and Sean were amazing! 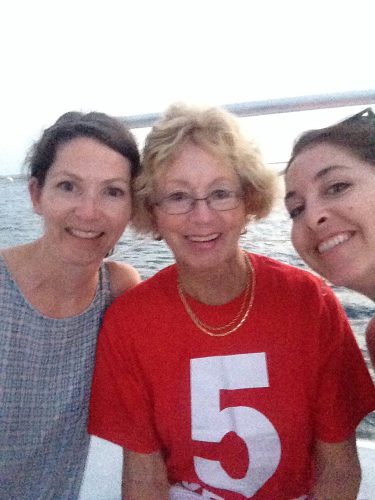 A great bar was set up with almost anything we could imagine drinking and there was a big appetizer buffet with hummus and veggies, chips and salsa, guacamole, cheese and crackers, ham, turkey and shrimp. As is typical with our kids, basically everything to eat was immediately rejected by both children, but the point is, we enjoyed it 😉 They both finally settled on some crackers. Mmm, filling. We quickly headed off any complaining with immediately feeding them Shirley Temples.

The ship took off pretty quickly after boarding and we all settled in for a beautiful ride. The kiddos loved watching Captain Chris work with the sails and our niece, Lake, was climbing all over the side rails on the boat, heedless of any danger whatsoever. To the crew’s credit, they offered life jackets but we were sticking really close to the kids so we weren’t worried. The sailing was smooth and the crew played music that wasn’t too loud and everyone was super friendly. We loved it. Definitely one of the highlights of the trip. Usually all-inclusive trips like this are a little stingy on food and drink by not Cruz Bay Water Sports….they kept the food coming and at one point I asked for “one more inch of wine” and Sean filled my glass us to the top! 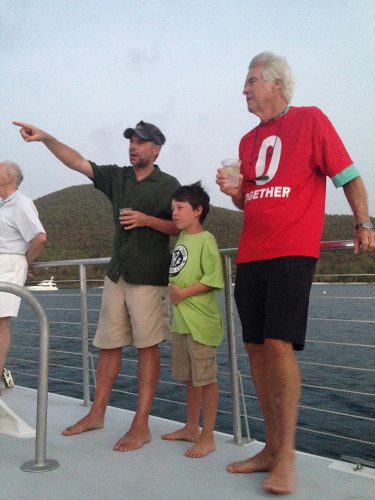 The trip took us out towards St. Thomas, where we stopped for a bit and then headed back to Caneel Bay Resort, offering us amazing views of the sunset and the island. We made our parents wear t-shirts that said “50 Years Together” and everyone on the ship offered congratulations and all in all it was a perfect two hours. By the time we got back to the dock, the kids were literally bouncing off the walls (see Shirley Temples above) and my parents were smiling ear to ear. Since we were in St. John for their 50th anniversary, I was happy that they were happy!

I realize this post sounds like I was hired by Cruz Bay Water Sports since I am singing their praises, but all the opinions here are my own. I was super impressed with their professionalism and the value for the money. We paid $75 a person for two hours but we essentially got dinner and drinks also and the views were spectacular. And, as I’ve mentioned, the crew was fantastic! If you have a chance to go sailing in St. John, USVI, I highly recommend CruzBay Water Sports! 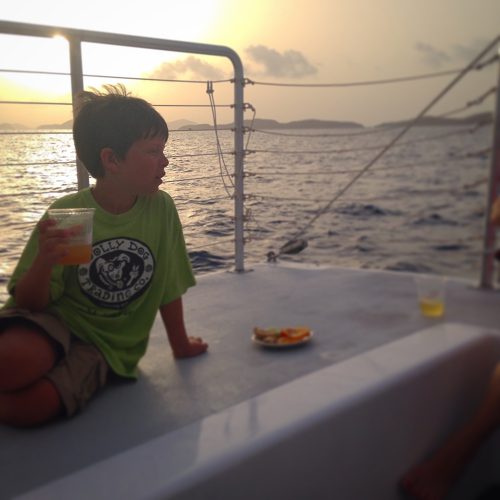