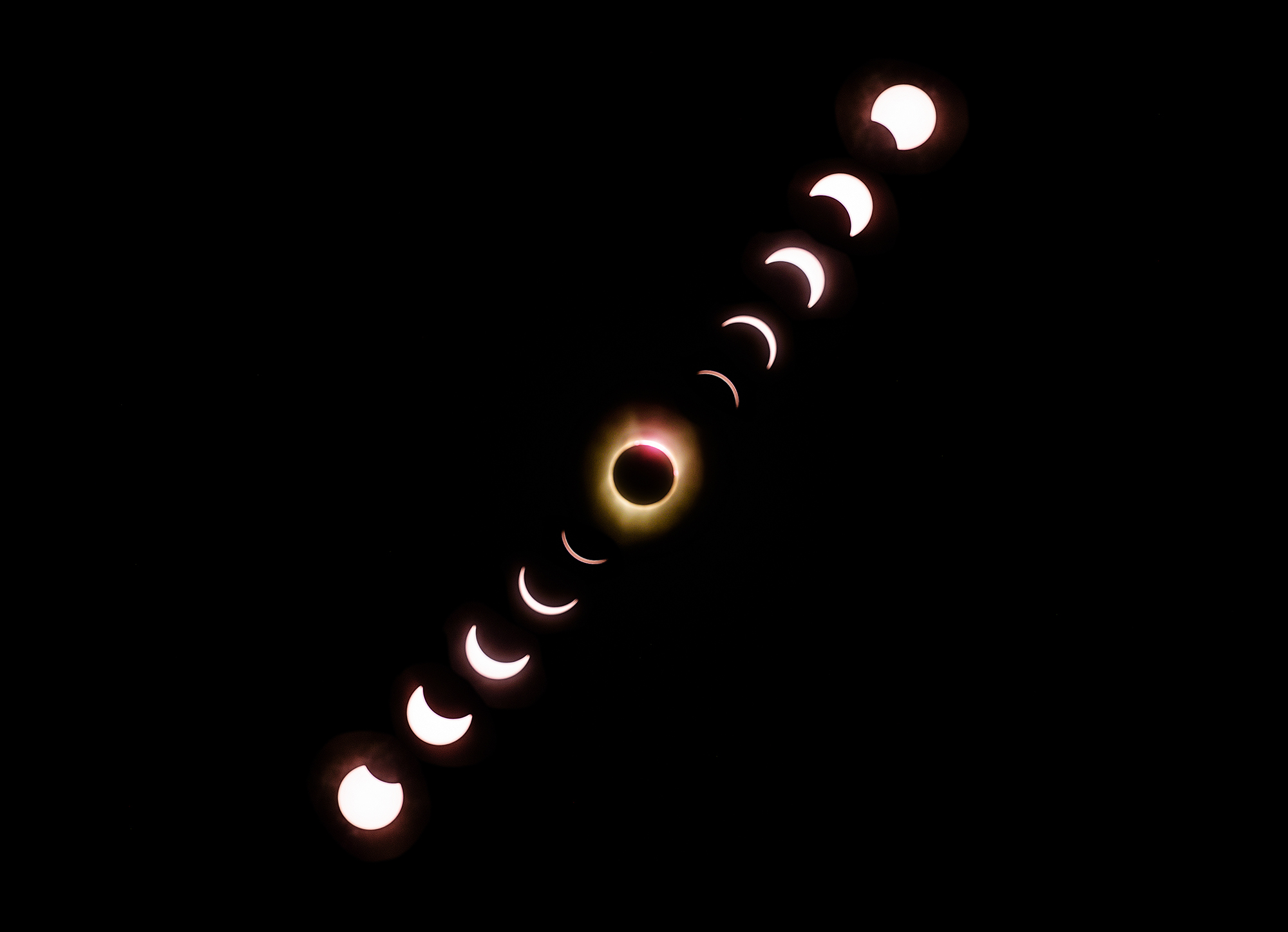 When we went to Jackson Hole for our summer trip, we realized shortly before our trip that a huge, huge thing was happening around that time – the total solar eclipse. Solar eclipses happen all the time, but they are often over oceans and people don’t see them. In addition, this particular solar eclipse was special because it went from one side of the continental United States to the other, which hasn’t happened in almost 100 years.

When we checked our hotel to see if we could extend it in Jackson, they informed us they had been booked for months. Apparently eclipse junkies had been making plans for years – who knew? 🙂 We looked all over the path of totality and decided we would experience the solar eclipse in Casper, Wyoming.

Casper had gone all out for the eclipse! Festivals were happening for days, complete with bands and entertainment, and every hotel in town was booked. We felt lucky to get the hotel we stayed in, even though they had raised the price to ridiculous levels. Everyone in town was overall really excited and seriously the friendliest bunch of people I’ve ever experienced. Everyone, from servers to hotel employees were super friendly. So kudos to Casper!

On our first day, we explored down town, which was set up for visitors on the street. Singers, magicians, bars and restaurants were all open and welcoming. We cruised around a little, watched some bands and then split up in the late afternoon. The kids and I wanted to rest back at the hotel and grandma and grandpa wanted to check out some local museums in the area. Which the kids declared boring with a capital B! It really was getting so crowded that it was becoming a little unbearable in downtown. 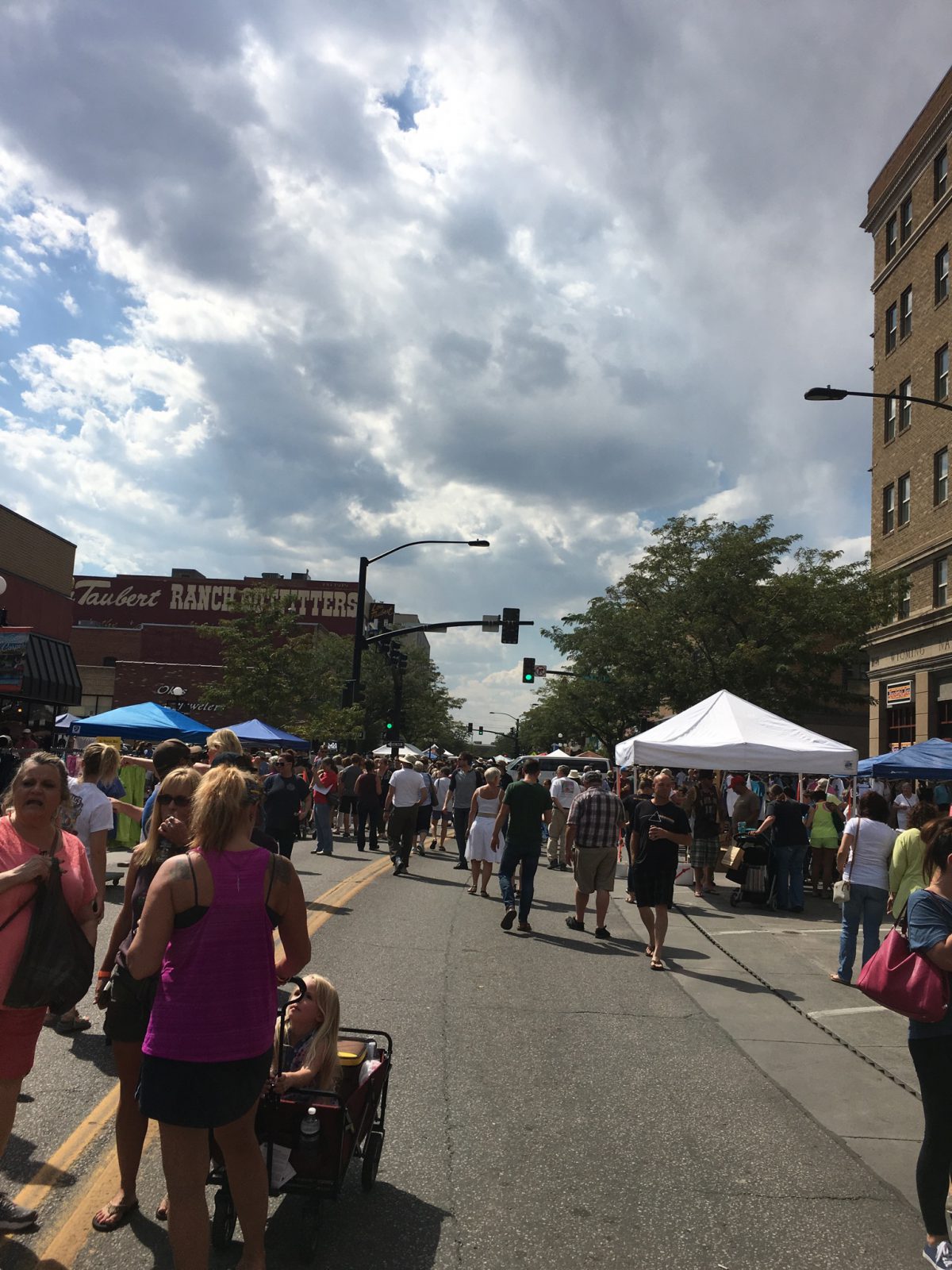 The morning of the eclipse, we got up early, planning to be at the sight we had picked by 8:30am. Various locations around Casper were hosting eclipse parties and we picked one of the best. On a big hill overlooking town, the majority of the new’s outlets were there and we were thrilled to be right near NBC, Time and various other media. I think one of the highlights of the kid’s day was being interviewed for Canada and England. 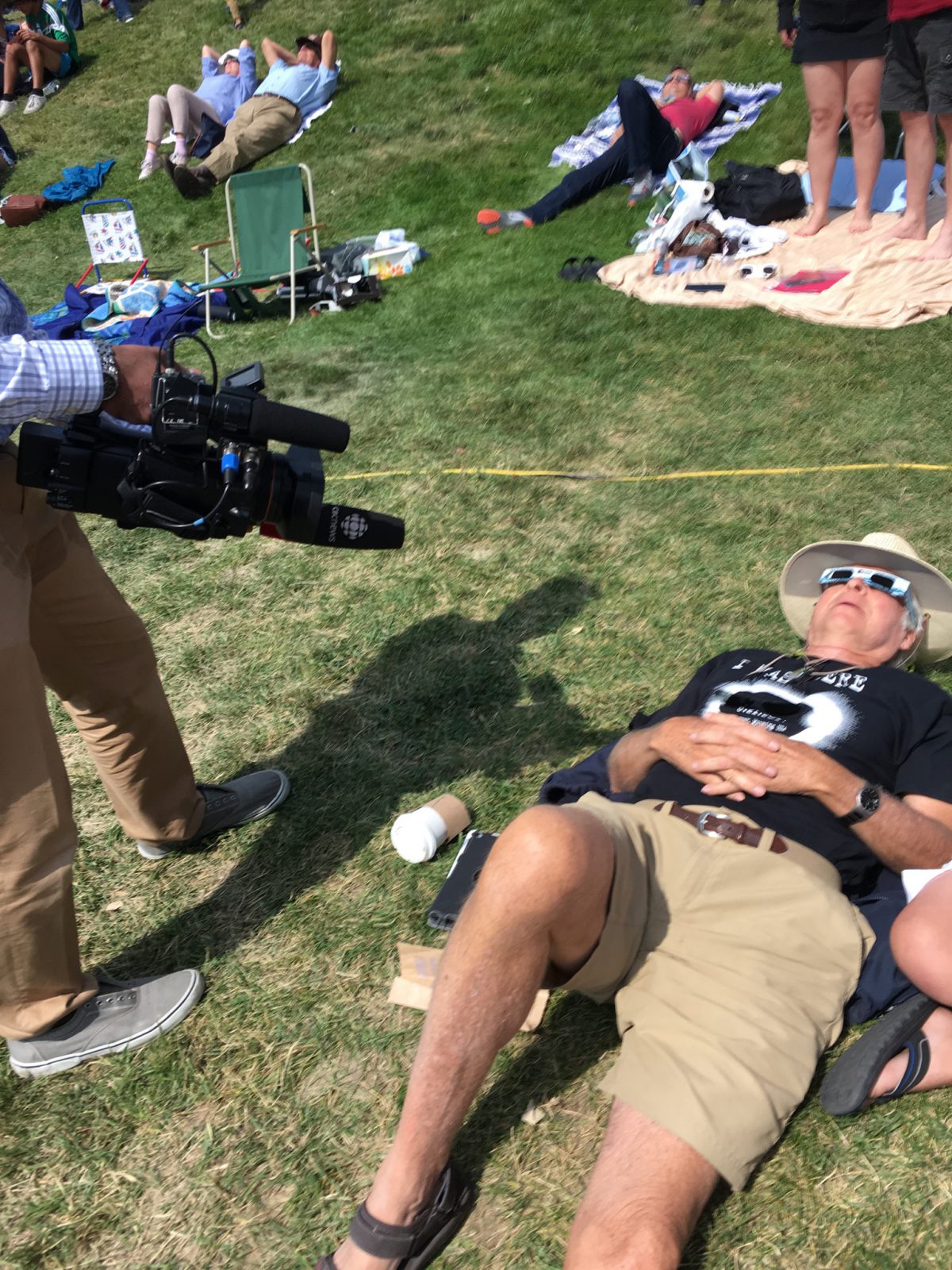 FYI, waiting for a total eclipse is a long process. The very first coverage was at something like 10:20 and we waiting and watched the progress for close to two hours. It was such a fun time. Everyone was talking and meeting each other, discussing eclipse experiences and generally having a great time. The couple next to us were from England and they were visiting for their 3rd total eclipse. Eclipse junkies!

In the moments before the totality, everyone was looking up with their glasses on (by that point we had to get coats on because it was cold), and people started counting down from ten. When totality happened, I can’t even begin to describe it. Everyone tore off their eclipse glasses and started yelling and cheering and clapping. It was unbelievable. The craziest thing I have ever seen. A huge, black eye with streams of light cascading around it, staring down at us. Stars. Streetlights went on in Casper. Crickets came out. The temperature dipped nearly 20 degrees. And there was a 360 degree sunset on the horizon. It. Was. Crazy. Max was screaming “Oh my gosh!” My knees literally buckled. My dad teared up. 99% coverage can’t even come close to what totality is all about. 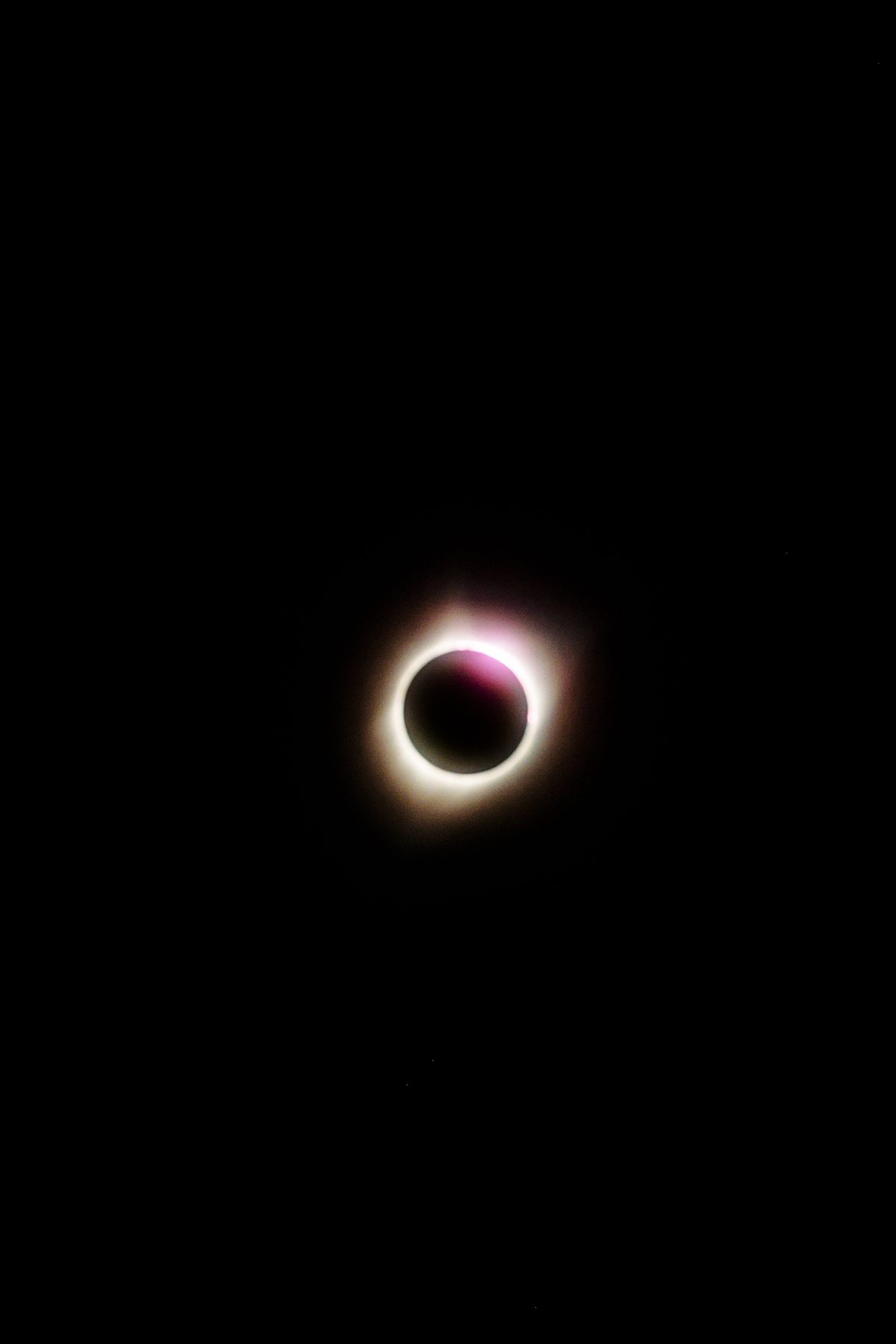 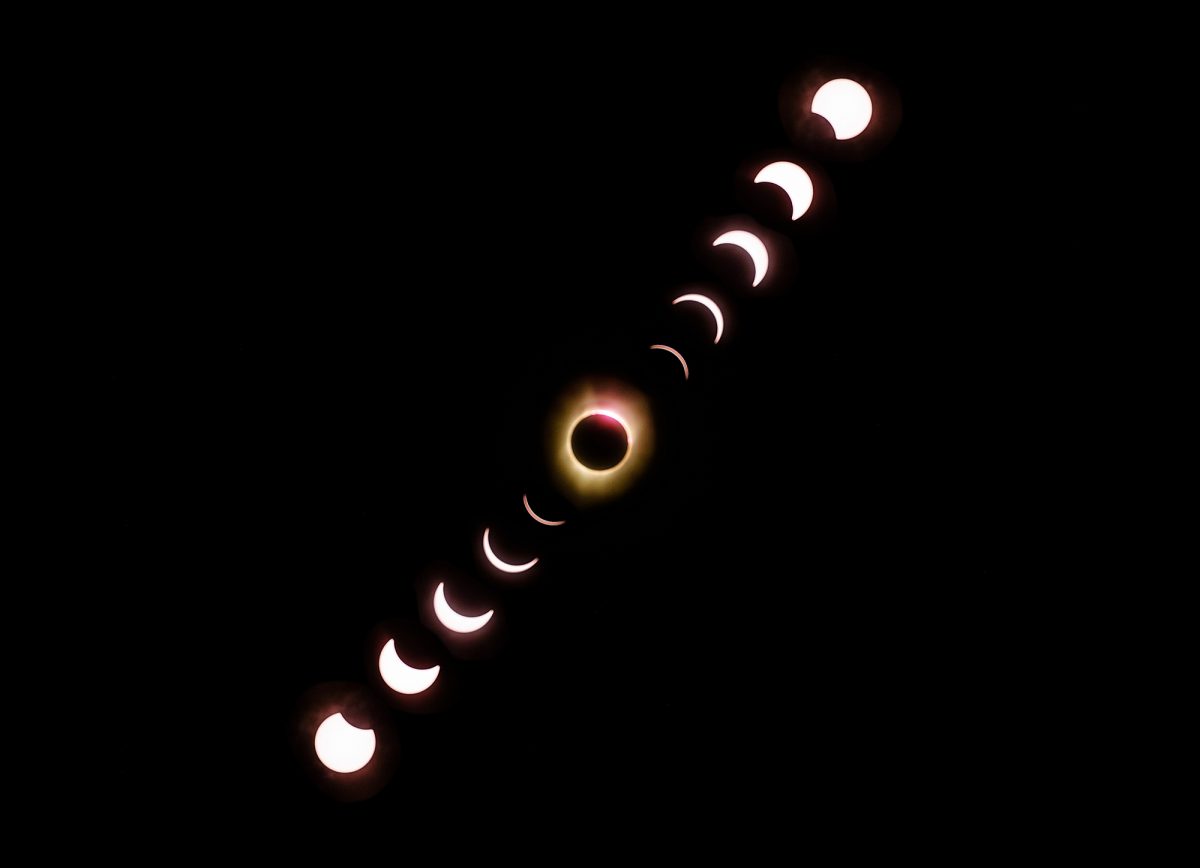 Well, I guess I was able to describe it after all.

Our kiddos missed their first day of school for the eclipse and we were in a 13 hour long traffic jam trying to get home but no regrets whatsoever. We are already thinking of trying to go to the next one. For the record, the next “big” total eclipse is in June 2019 and crossing Chile and Argentina and the next one over the U.S. will be April 7, 2024 (Keith’s birthday!). If you ever have a chance to see a total eclipse in your lifetime, I strongly suggest it! 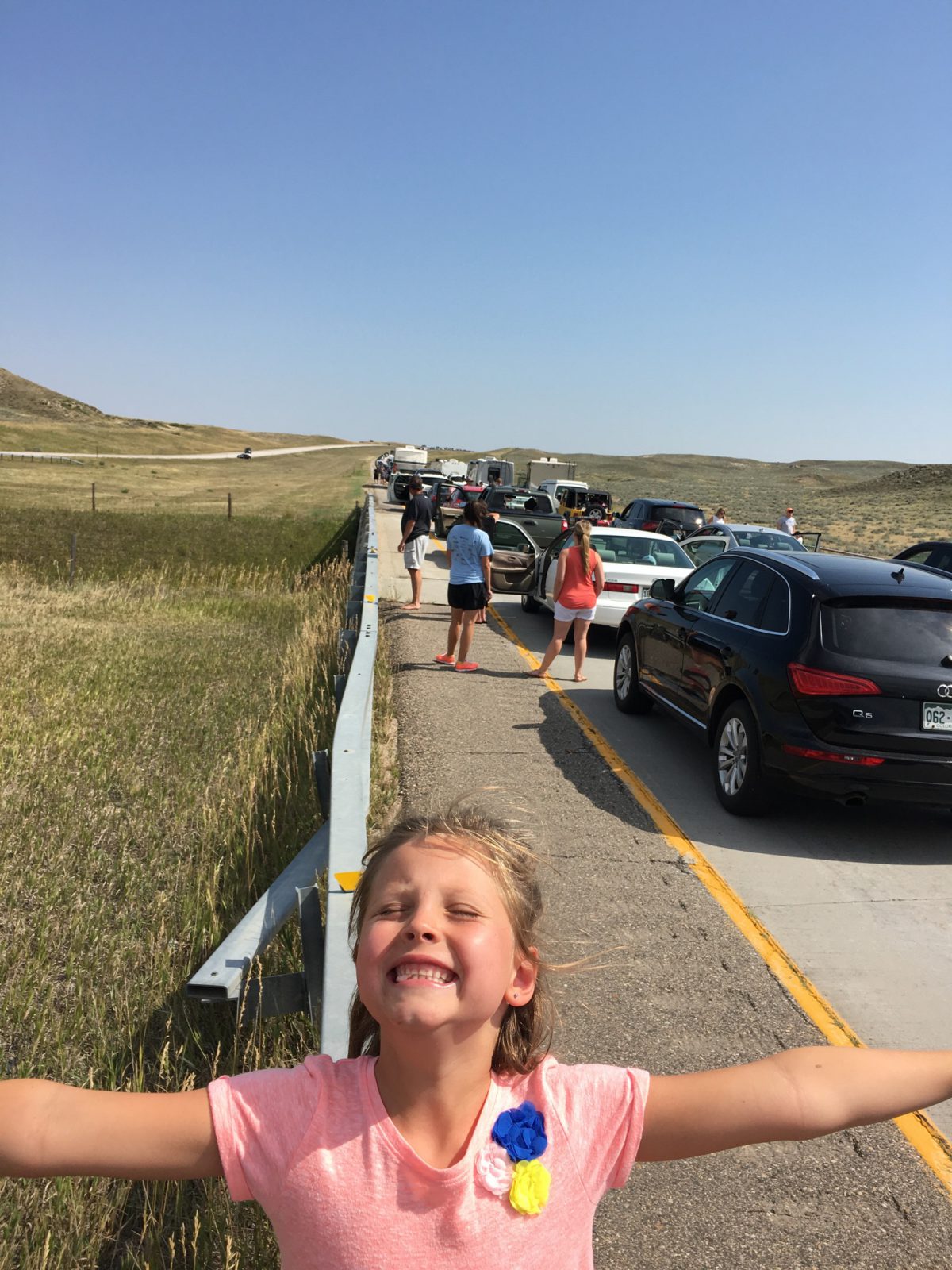