Tanzania with kids. Are we crazy? 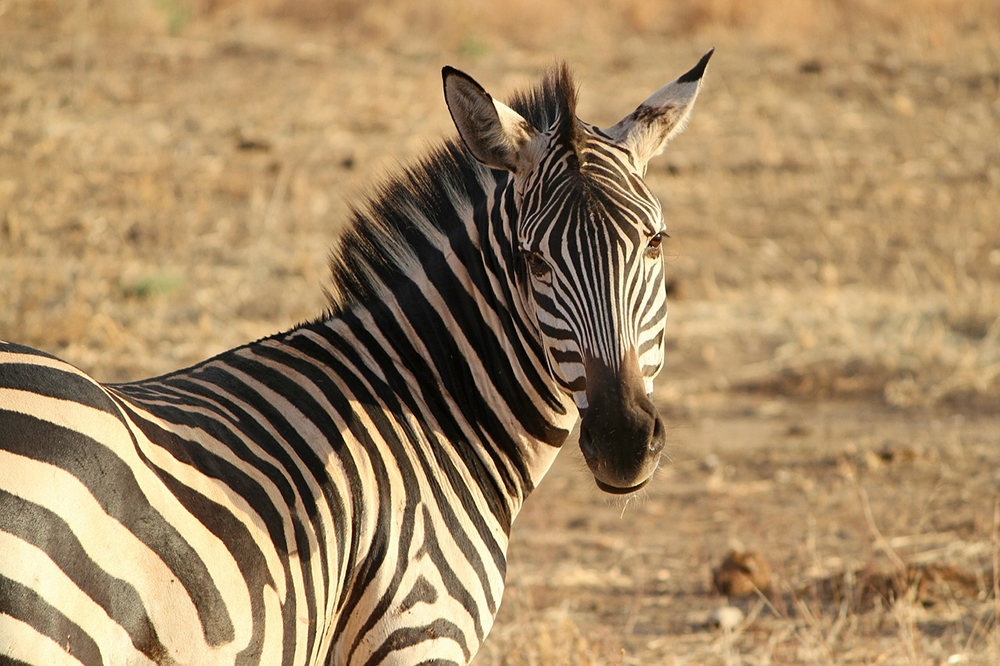 I first visited Tanzania as a young, in shape 27 year old. Two friends and myself took two weeks to climb Mt. Kilimanjaro and go on a safari. Boy have things changed since then! Almost 20 years later, I have married, had two children and we are now doing Tanzania with kids. And I’m not nearly as in shape as I was at 27….I am definitely more tired!

The idea of taking an African safari formed about a year and a half ago. My father-in-law has always wanted to go on safari, and our kids are finally passed the toddler stage. Why not, we thought? The kids are older, yet not so old that missing an entire week of school will make too much of a difference. Planning the trip took about a year. Here’s how we did it.

The continent of Africa is a fascinating place. From the souqs of Morocco, to the diamond mines of South Africa and gorillas in Uganda, there are so many things to see and explore. We decided that we wanted a great safari experience, followed by some time on the beach. So a country near the coast was essential. The Seychelles, Mozambique, Zanzibar and Sharm el Sheikh in Egypt all piqued our interest. Because we wanted to combine it with a safari, the beach needed to be relatively close to the game parks so flights would not be too long between the mainland and beach or island. We settled on Tanzania and Zanzibar. The reasons? Tanzania is known for having “the Big Five” (lion, elephant, cape buffalo, leopard and rhinoceros) and amazing biodiversity. Zanzibar is known for having beautiful white sand beaches, with an interesting Omani influence. In addition, the flights between the two are short. In fact, you can even take a ferry between Dar es Salaam and Zanzibar.

For a trip of this scale, a travel agent is pretty essential, at least for a family. Visiting Tanzania with kids is a process. When I visited 20 years ago, we stayed at the cheapest places we could find (mice were involved), but with children I did not feel comfortable organizing hotels I knew nothing about, booking small prop planes in between safari game parks, and transportation in general. We chose Rothschild Safaris to help us, and I truly don’t think we could have done it without them. They were instrumental in helping us choose an itinerary, what size rooms we would need for a family with young children, and flights in between game parks. In addition, I had originally wanted to go to the Mozambique beaches but they talked me out of it because of the length of the flight. It would have taken almost an entire day to get there from Tanzania, something I would not have known on my own from looking at a map of Africa. Maps make things look a lot smaller.

Rothschild held all of our rooms, booked our flights between the game and parks, looked into possible dinner reservations for us and checked out tours. They wrapped it all up into one nice package (safaris are all inclusive of food and drink – even laundry services) and delivered us a gorgeous packet of information, with our itinerary. Included in this information were things they thought our children might like and general family advice. We really wanted the kids to have an eye opening experience so including them in the process and making sure there were things of interest to them was essential. 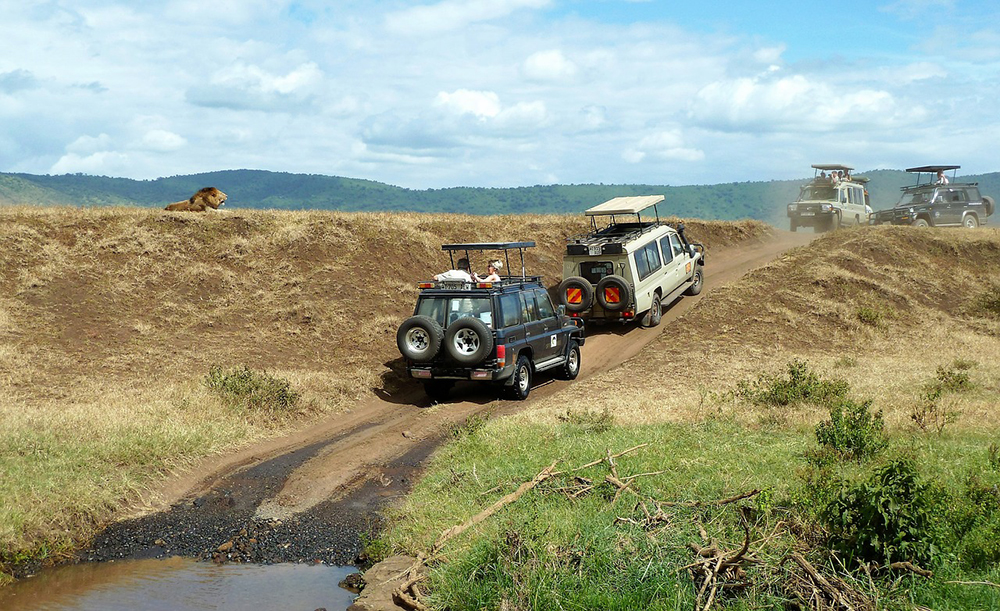 The next few months

The remaining months before Safari, we had a list of things to do. Making sure our passports were good 6 months past our visit, looking into travel insurance (essential), booking flights from the US to Tanzania, looking into vaccinations at a travel clinic and finalizing any tours we were interested in. Visiting The Rock Restaurant was tops on our list and we found reservations were required due to it’s popularity.

I also took time to educate the kids on Tanzania and the things we will see. We looked at pictures online, read about the Big Five, and looked up pictures of the Masai Tribe, whom we are hoping to interact with. The kids are fascinated that there are families out there who build her own huts and live on the land. Experiences such as this is one of the reasons we want to bring the kids to Tanzania. 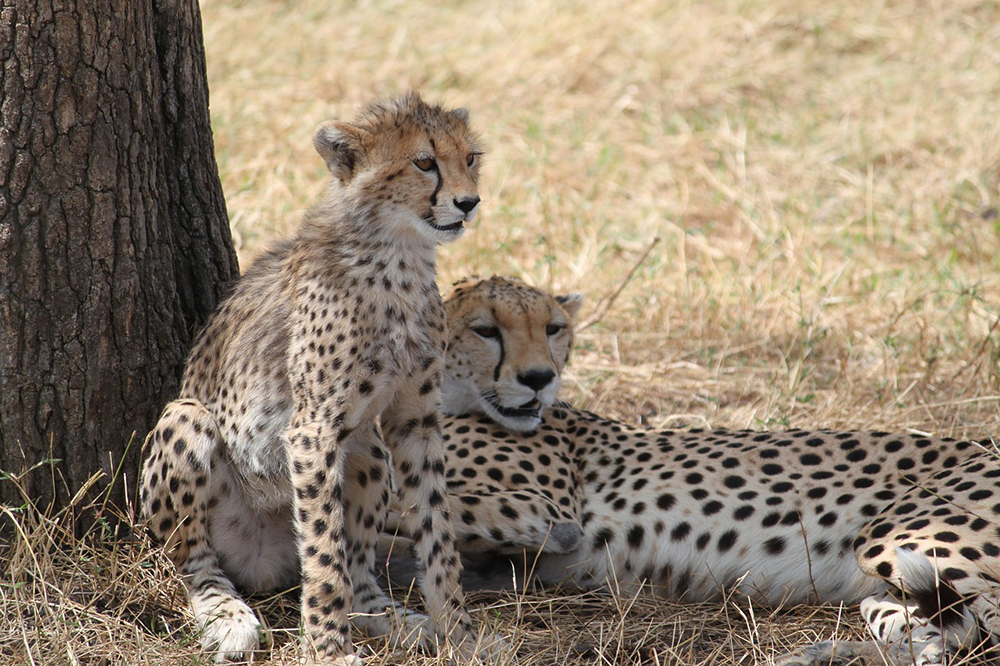 Things you need to know

Yellow Fever vaccinations, which were previously required to visit Tanzania, are no longer required. Because this decision is relatively new, many border agents in Tanzania don’t even know about this. So your family needs weigh the options on what to do. Either get the yellow fever vaccination as a precaution, or have your doctor write a note saying you are waived from the vaccination. Take into consideration the effect the vaccination has on children, as well. Malaria pills are a decision to be made per family also. Visit a travel clinic to talk about options.

Check baggage weight limits for your trip. If you are flying in between several game parks, the airplanes can only take so much weight. In addition, bags or suitcases need to be soft sided, not hard.

Bring motion sickness pills for driving around game parks. Roads are very bumpy bumpy, so if you are sensitive, plan ahead. Similarly, bring Imodium for travelers diarrhea, including children’s Imodium.

Most safari camps do not accept children under the age of eight.

You can use credit cards, ATM cards, Tanzanian Shillings and sometimes dollars in Tanzania. Converting dollars to shillings at the airport is advisable. US dollars will not be accepted if they’re older than 2006, nor will they be accepted if they’re wrinkled or torn. Traveler’s Checks are not accepted anywhere so don’t even bother. Be sure to let your bank know that you are traveling to Tanzania to avoid any problems with your credit card.

Carefully curate what clothing and essentials you will bring to Tanzania. A safari can involve anything from blazing heat, to driving rain, and everything in between. For an accurate list of what to bring on safari, check out this list. In addition, make sure you have things to entertain your kids. Game drives are often boring while your guides search for animals, so books, small board games and/or coloring are really important. Dare I say we are even thinking of bringing a tablet with movies loaded on to it?

Prepare yourself for an amazing experience with you family! 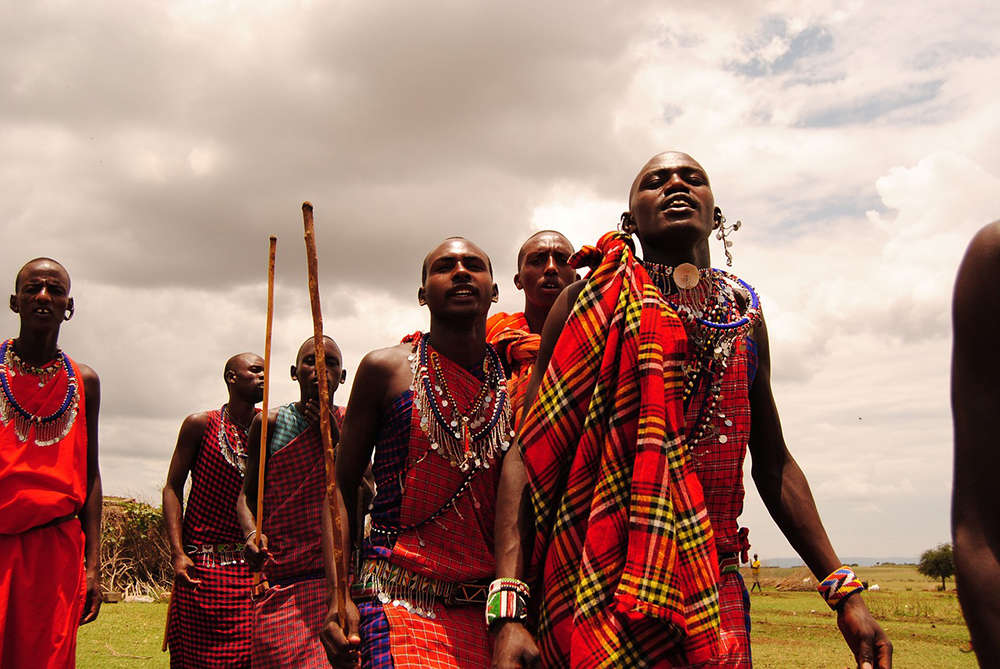 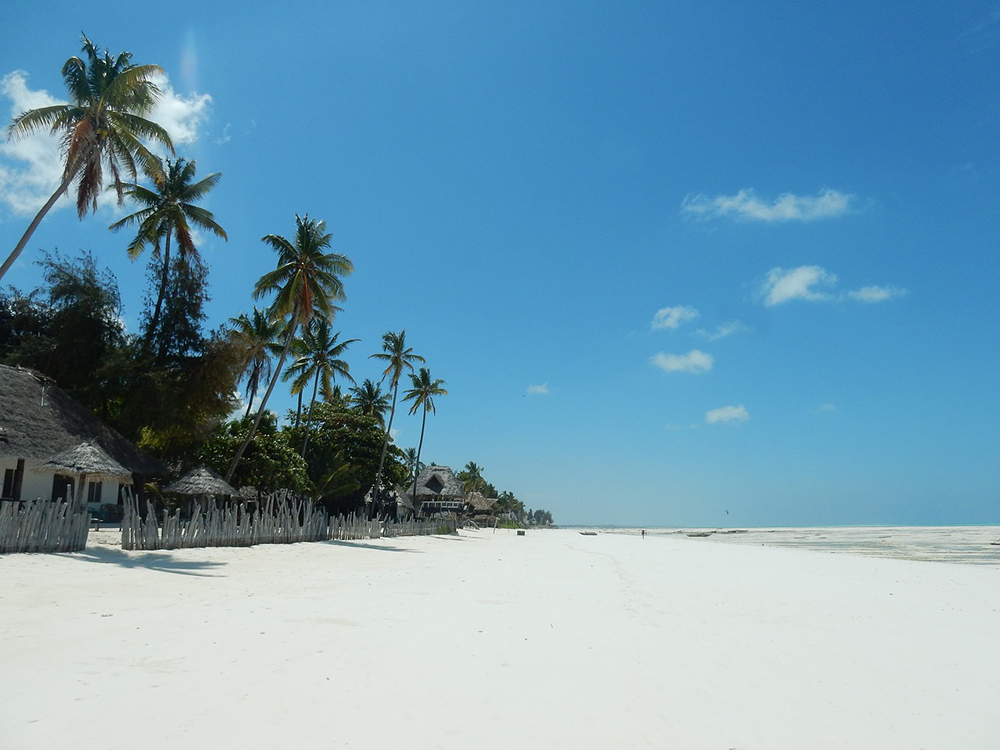 One of the reasons we like to travel is to show our kids different cultures and give them totally different experiences outside our little bubble. We’ve been fortunate to take them to places such as Southeast Asia, the Middle East, and Central and South America. Adding the continent of Africa to our experiences is very exciting for them. Taking on Tanzania with kids has been a huge undertaking, but I believe it will be worth it. I’m hoping to have a long discussions with both kids for years to come about the Tanzanian culture, the people we meet, and the amazing landscape. We are looking forward to more trips on the African continent in the future.

Interested in an amazing experience? I can plan it for you! Contact me here and let’s get started! 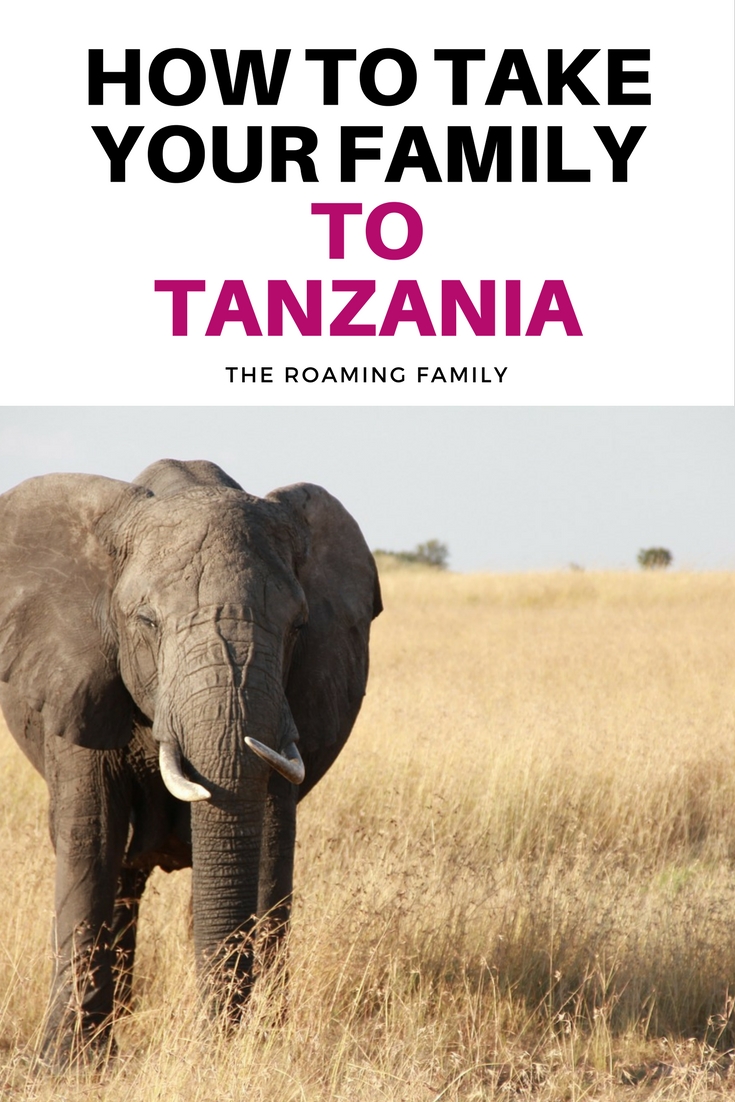 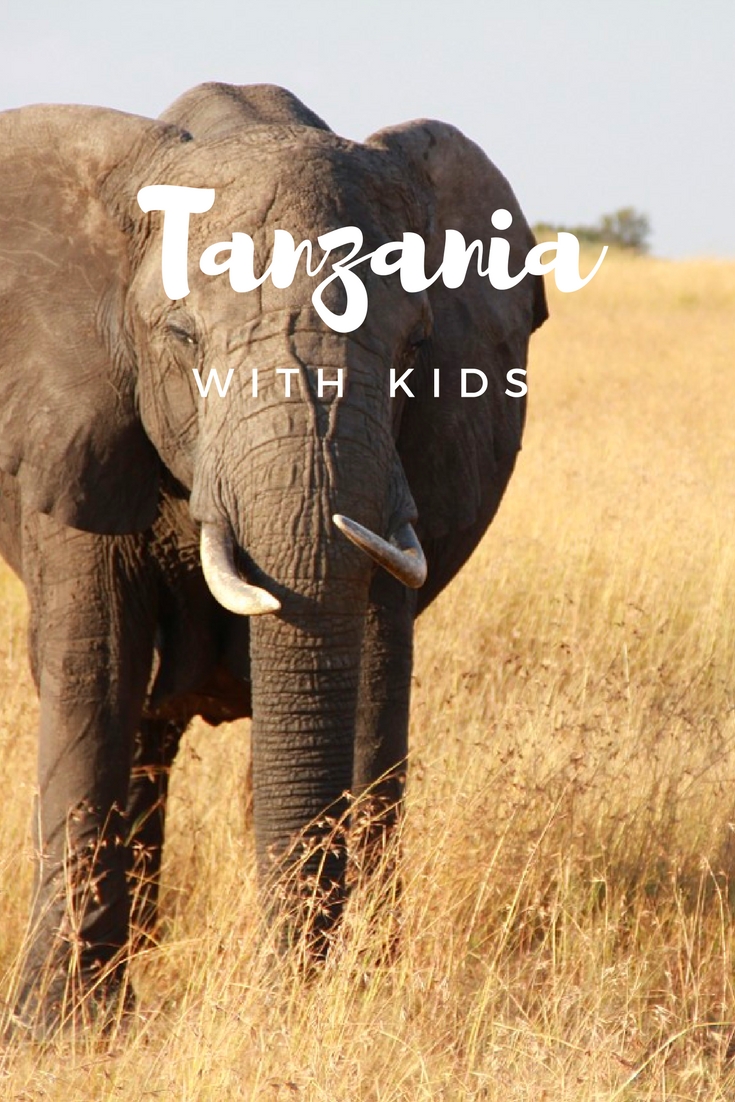