Ten things to do on a Disney Cruise 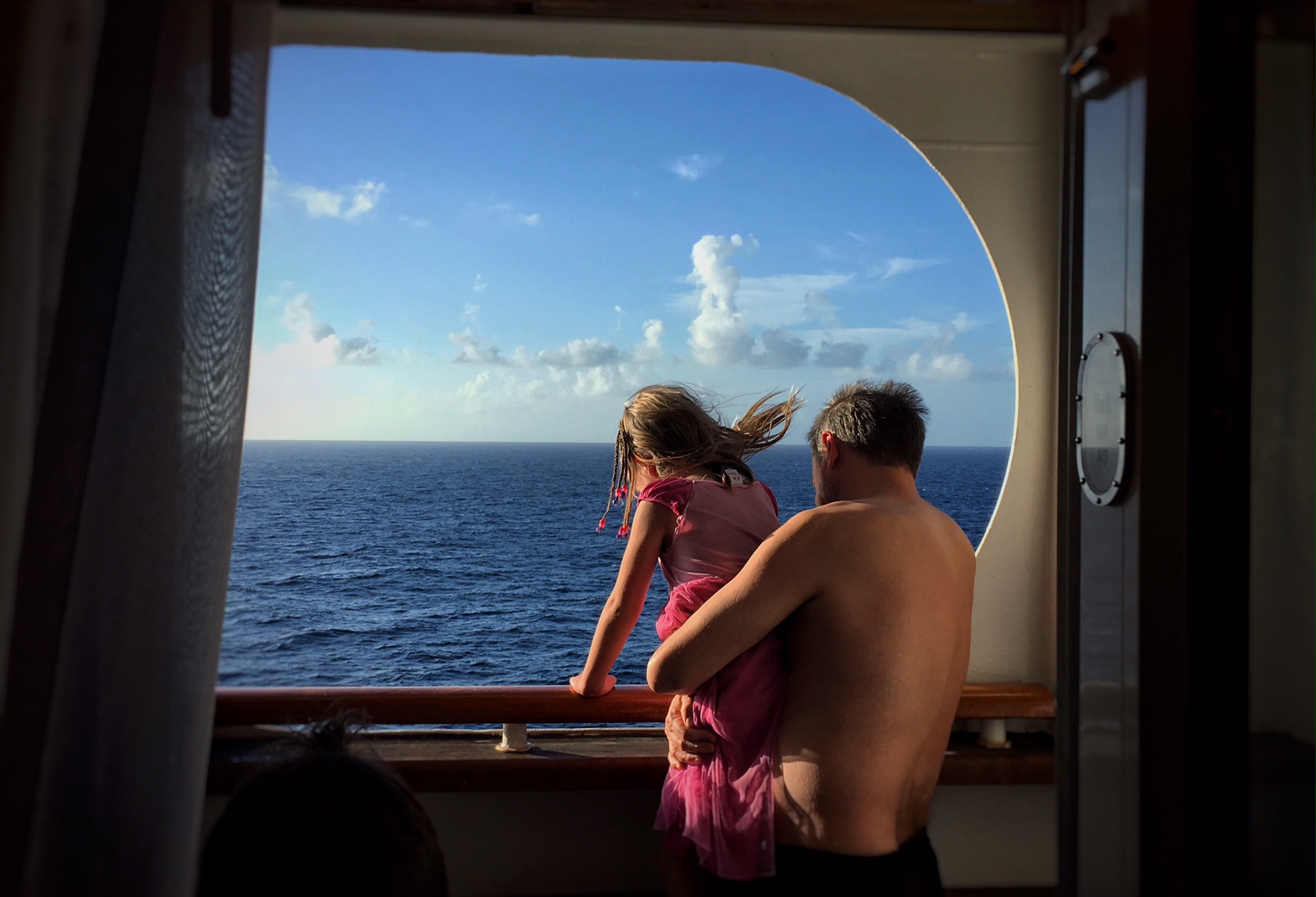 All my life, and in early parenting years, I swore on my mother’s life I would NEVER do a Disney trip. Friends and I used to joke that Disney was slowly taking over the world and we would never ever ever go to Disney World (DisneyLand was exempt since it was Walt Disney’s “original” theme park and it’s much smaller and more intimate) and would certainly never go on a Disney themed vacation or cruise. Fast forward to this past November when Keith and I panicked over not having anything planned for right after Christmas and we realized the kids would be home from school for another eleven days after the holiday. In a spontaneous, unprecedented moment, I went on the Disney website, found a cruise to fit our needs and booked it less that 24 hours later. For any parents out there who feel similarly about Disney everything, take heart, it was great. Here, Max and Zoe summarize their favorite ten things to do on a Disney cruise.

First, the obvious. The pool! We sailed on the Disney Wonder and the pool is wonderful indeed. There is both a kids pool with a water slide and a splash pad for really little ones and a larger, deeper pool for those children who can swim. In addition, there is an adults only pool near the back of the ship. Take note, your kids MUST be potty trained before they are allowed in the pool. Swim diapers are not allowed and if your child still needs swim diapers, they are only allowed on the splash pad.

Parties. The amount of parties thrown on the cruise is mind boggling. There was a sail away deck party, a pirate night party and  a New Year Eve Party, to name a few. And the cruise line makes it a blast by leaving tokens in your room during the day to bring to the party…..on pirate night, we all got bandanas to wrap around out heads, pirate-style. On the New Years Eve party night, we all got a top hat to wear. Such fun to coordinate with everyone on the ship. And all the parties include performers and music that all the kids recognize. 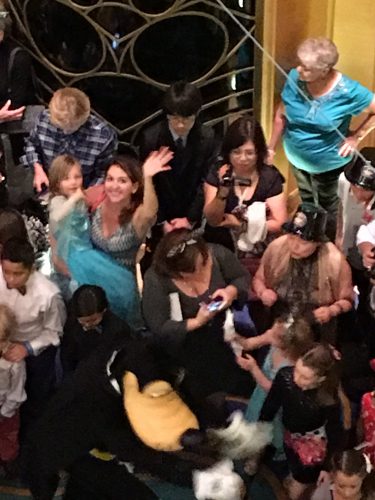 Are you ready for some football!? Every day we got a comprehensive list of what was happening and where on the shipduring that particular day. There was no way that Max was going to miss the Alabama vs. Michigan State playoff game so that’s exactly what he did. Most people think of cruises as a lot of outdoor time, but if that’s not your thing, rest assured there is a lounge with football playoff games playing and big, fun crowds of rabid fans.

Free Soda! Free Ice Cream! On the top deck, near the pool, there was a soft serve ice cream machine and a soda machine. (And unlimited coffee for tired parents). Our kids were thrilled to get their own drinks and ice cream and thought it was great that it was “free”. 🙂 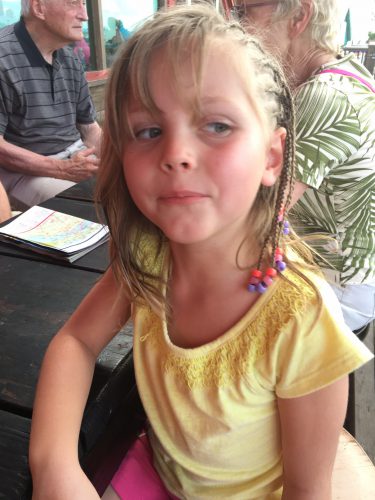 Meet some Disney characters. On board are the standard characters such as Mickey and Minnie and Donald Duck. Also Ariel, Cinderella, Tiana, Elsa and Anna and Olaf, Captain Jack Sparrow and many others who I’m sure I’m forgetting about. All the characters are rotating throughout the ship to meet their little fans. For some characters, such as Queen Elsa, you need to book a ticket in advance. 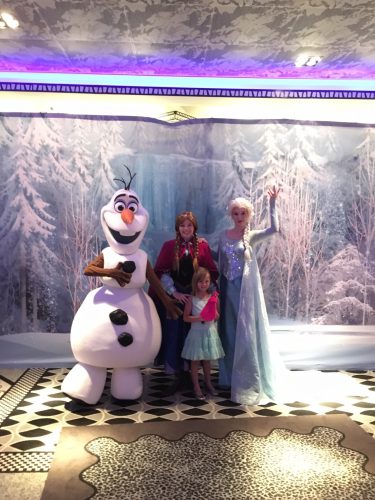 Watch Movies. The movie theatre on board shows several movies per day, including Star Wars: The Force Awakens, which recently came out in the theaters. If you don’t want to sit inside a dark movie theatre, they also show movies on a huge screen above the pool so you can sit in the sun and catch your favorite movies.

Family Fun Night. There are several different events that involve the whole family after dinner. Our favorite was a “game show” called So You Think You Know Your Family?, an absolutely hilarious show where parent’s had to see how well they knew their children. Max and I tried to get picked to go on stage to no avail. I’m confident I would have won the game!

Foosball fun. On the very top floor of the ship, near the back, there were ping pong tables, foosball tables and a basketball court. Our kids love foosball and had a fantastic time playing with dad. 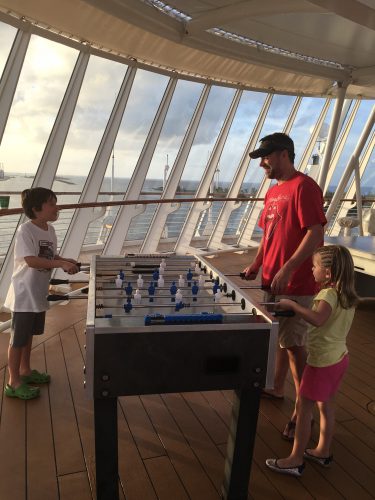 Kids Club. The kid’s club on the cruise is open from early morning until late at night and is available for drop off or pick up any time. Kids wear a bracelet which has the parents info on it and can come and go as they please – if they are a certain age group. When younger kids want to leave, they simply tell a counselor and the counselor called the parents for pick up. The club offers cooking classes, art classes, pasta making, scavenger hunts, movies to name a new. There is also a teens club for older kids.

Lounge. Every single night in the hours before dinner, Zoe would ask to go “to the lounge.” The lounge was near the middle of the ship and had a singer nightly. We would go about an hour before dinner and play Uno and Zoe would dance to the singer’s songs. It was our little ritual on the ship.

I’ll be writing more details about the cruise in another post, but I thought starting with ten things to do on a Disney cruise as a good place to start. I was pleasantly surprised by the cruise and the level of service provided. I always thought of Disney cruises as being a little cheesy, but it was really really great. Stay tuned for more details. 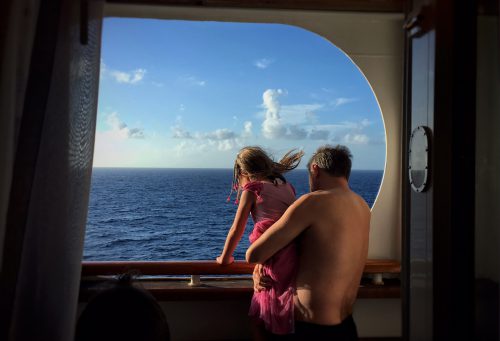 To book a trip similar to this, contact me at mdownham@departurelounge.com for my travel advising services.