The travels of George the monkey

When I was pregnant with Max, I received a Curious George stuffed monkey and a set of 4 Curious George books.  I don’t remember who gave it to me, but when Max was about 9 months, it became his “lovie”.  He carried that monkey everywhere and we started photographing George the monkey during our travels.  George the monkey has been to Qatar, Oman, Jordan, Bahrain, Thailand, Malaysia, Cyprus, Sri Lanka, Lebanon, Cambodia, Vietnam, Nepal and all over the United States.  This is a photographic essay of George’s travels. 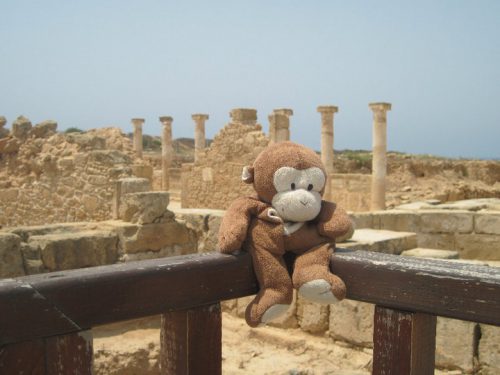 George tours the Island of Cyprus 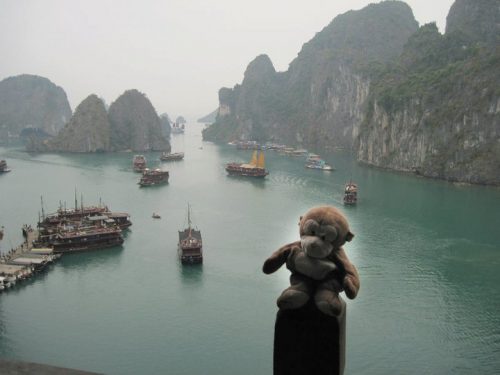 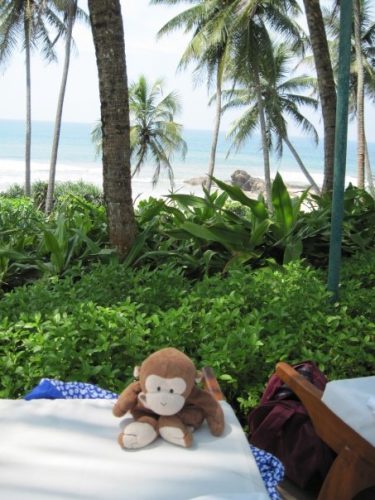 George told us that Petra, Jordan was one of the more fascinating places he has ever been 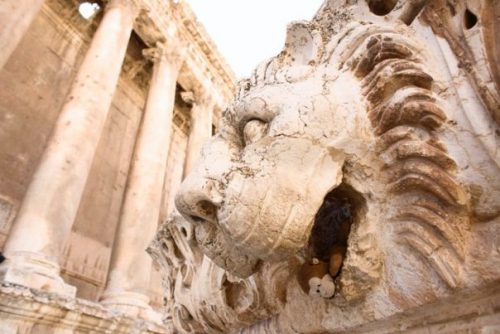 But a close second was the Roman ruins in Baalbeck, Lebanon

Shopping in the souk in Bahrain 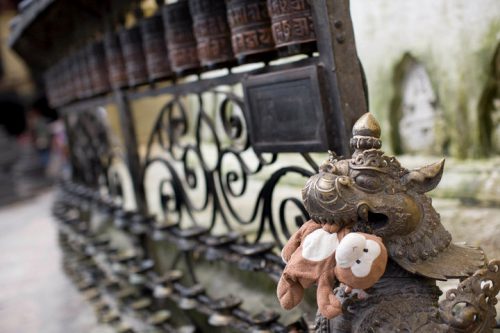 Praying in the temples of Kathmandu, Nepal 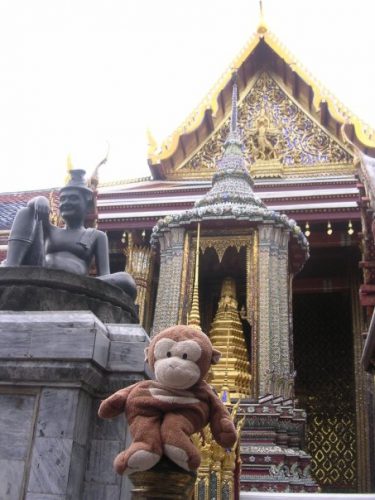 The Grand Palace of Bangkok, Thailand 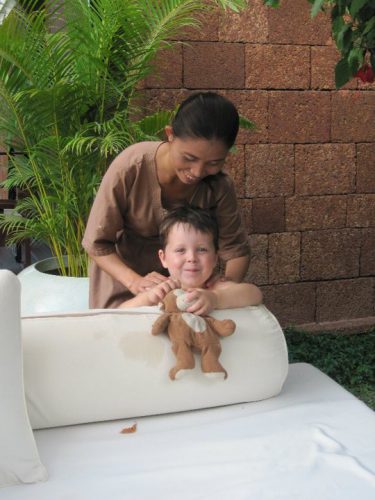 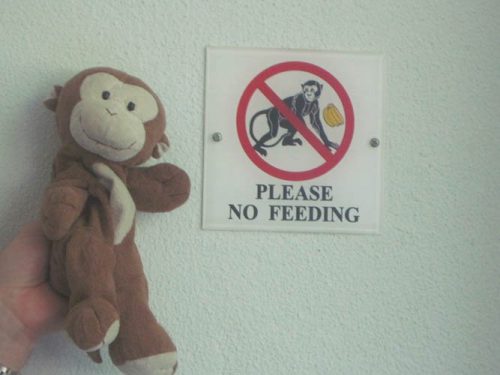 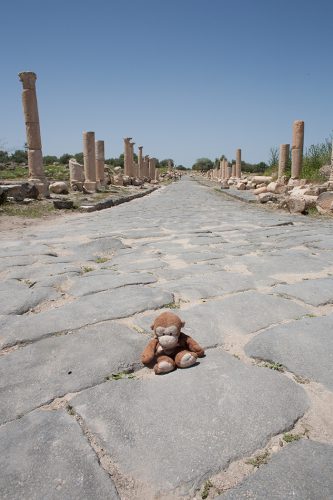 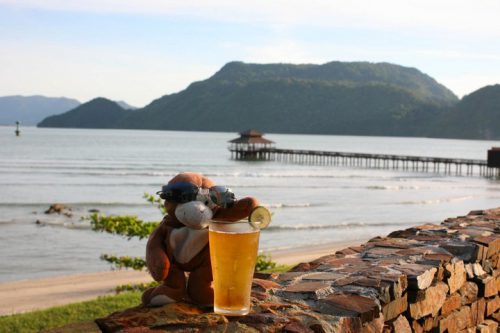 The last known picture of George I. We left him somewhere in the Kuala Lumpur airport

Yes, shortly after we arrived home from a trip to Malaysia, we discovered *gasp* George the monkey was not in our bags or luggage.  Cue us and at least 5 friends combing Amazon to find a replacement.  In retrospect, I should have just let it go because by the time George II arrived in the mail, Max wasn’t even mentioning him.  But he accepted him back with open arms and no questions whatsoever about the fact that George was clean and puffy and basically looked like a totally different monkey.  We moved back to the United States shortly thereafter and George and Max are still buddies all these years later. 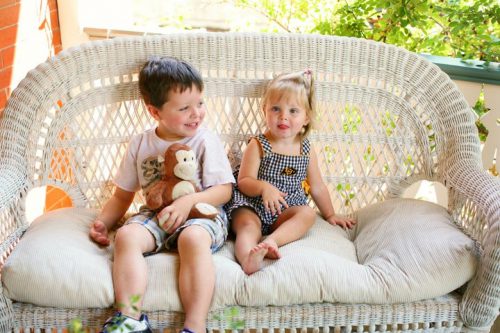 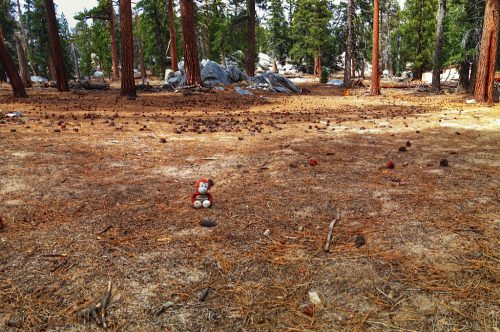