Where to eat in Charleston, SC

Interested in gaining ten pounds in a 3 days or so? Then, by all means, head to Charleston! That’s what I did last week, when I met some friends for 3 fun filled days. Charleston is filled with  so many things to do, but one of the first things I researched was where to eat in Charleston.

Brunch is one of my favorite meals, whether I’m with friends or family. And Charleston does brunch right. A lot of food, tons of grits, and huge bloody Marys.

Visiting Charleston keeps you busy touring and taking in the sights. When deciding where to eat in Charleston, taking lunch into account is very important!

Pearlz Oyster Bar, 153 E. Bay Street: So much more than oysters in this adorable restaurant. Lots of windows looking out at Bay Street, a pleasant atmosphere and everything from oysters to tacos, but mostly fish focused. We went during a peak time during the day and didn’t have to wait too long for a table. Pearlz has a few locations throughout North and South Carolina.

Slightly North Of Broad, 192 East Bay Street: “SNOB”, as it’s locally known, has been reviewed in the New York Times, Huffington Post, The Boston Herald and CharlestonMag. It’s very well-known and very popular. It serves lunch and dinner, with brunch on Saturdays and Sundays. The menu is well varied and has tons of seafood based dishes, but a nice mix of chicken and beef in there too. It’s also well located, near lots of shopping and historical sites.

I could probably spend a week exploring Charleston and eating dinner at fabulous places. The food is just incredible when it comes to dinner. Charlestonians take their dinners seriously!

LowCountry Bistro, 49 South Market Street: We hit this place on our very first night in town and we needed a reservation at least a week in advance. The space is in a typical Charleston-style home, made of brick, with a side porch. We got a table upstairs and loved it. The service was awesome, the wine was awesome and the food was delectable. And it’s right on Market Street, which is hopping on a Friday night. After dinner, we had drinks on the rooftop of the Market Pavilion Hotel.

Stars, 495 King Street: Stars is a super popular place, has received a lot of press and is lauded for its “Carolina Cuisine.” (Incidentally, if you watch Southern Charm on Bravo, it’s been on the show several times). It was definitely a younger crowd (well, younger than us) and definitely had a hip and happening feel to it. The appetizer menu in particular is really varied and it has a great mix of seafood and meat based meals. We loved it, but the rooftop bar was too packed to stay after our meal.

High Cotton, 199 East Bay Street: High Cotton bills itself as a “genteel eatery” and genteel it is. Charming architecture with Palmetto frond ceiling fans and a gorgeous ceiling in general. We went on a Sunday and it was as busy as if it were a Saturday, which tells you something about the food quality and experience. I had the swordfish and it was unbelievably good. I don’t even like collard greens but they were so good and flavorful that I ate every last bite! 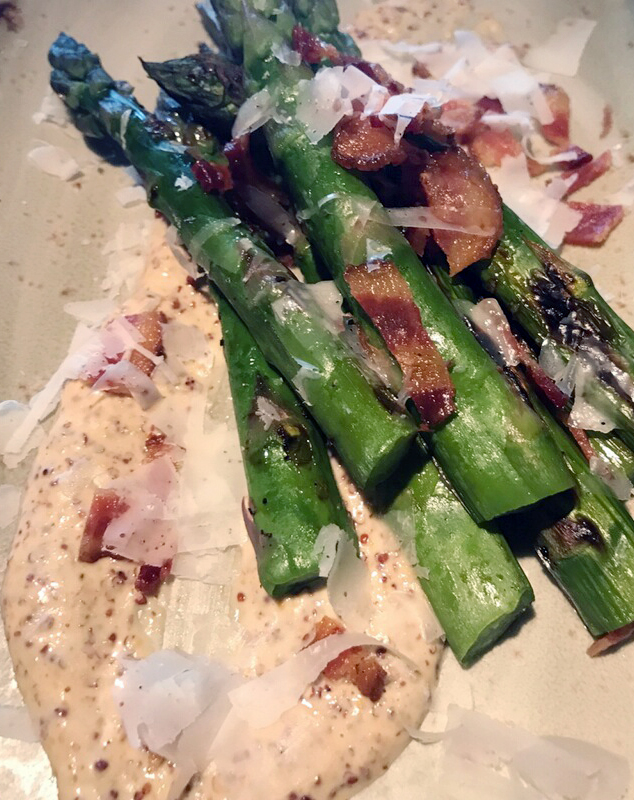 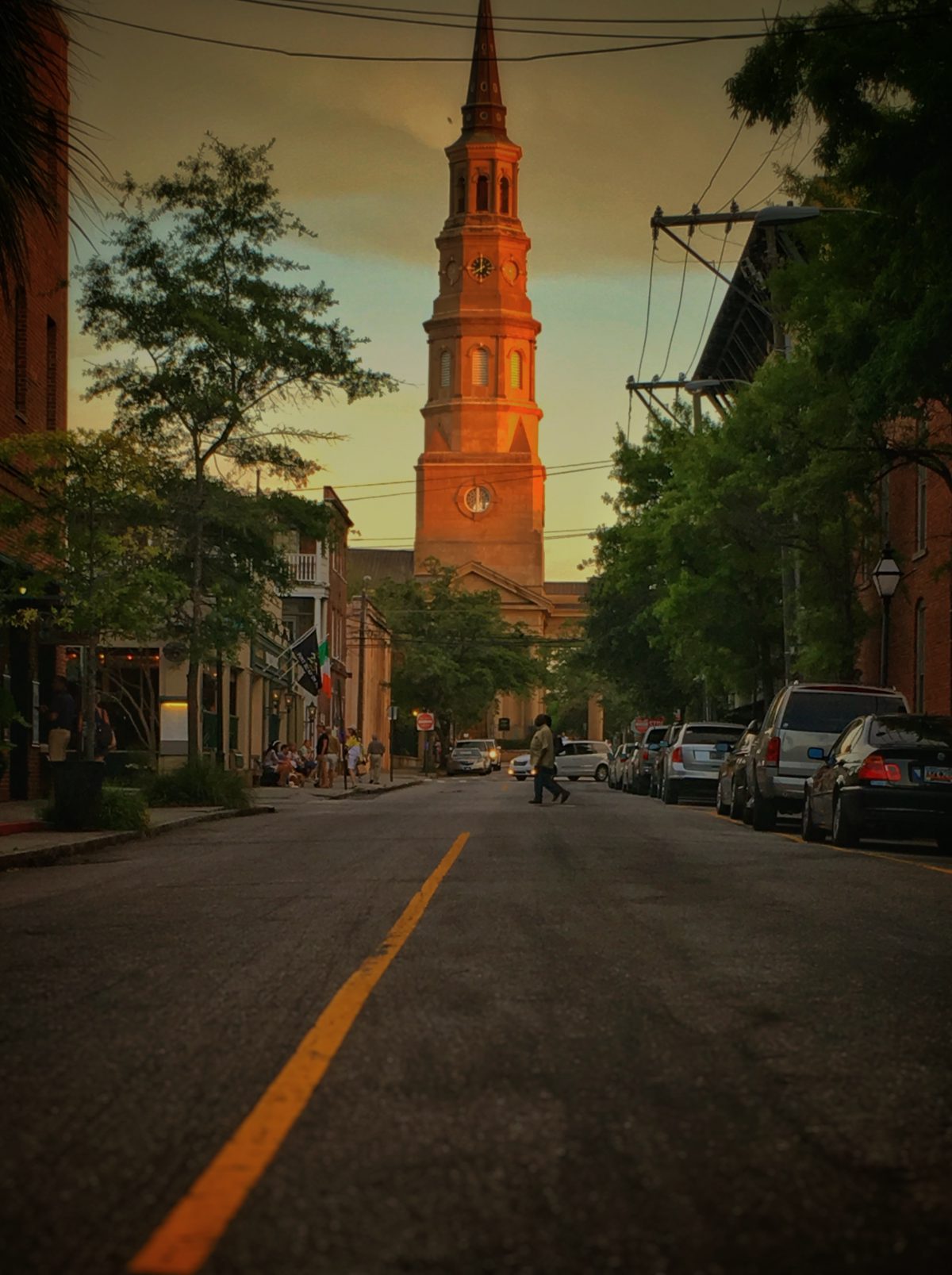 Deciding where to eat in Charleston isn’t too difficult because literally every restaurant has the world’s most amazing food. I honestly don’t know what I would do if I lived there. I would get nothing done other than eating shrimp and grits. The celebration of food is just one of the many things I love about the south! 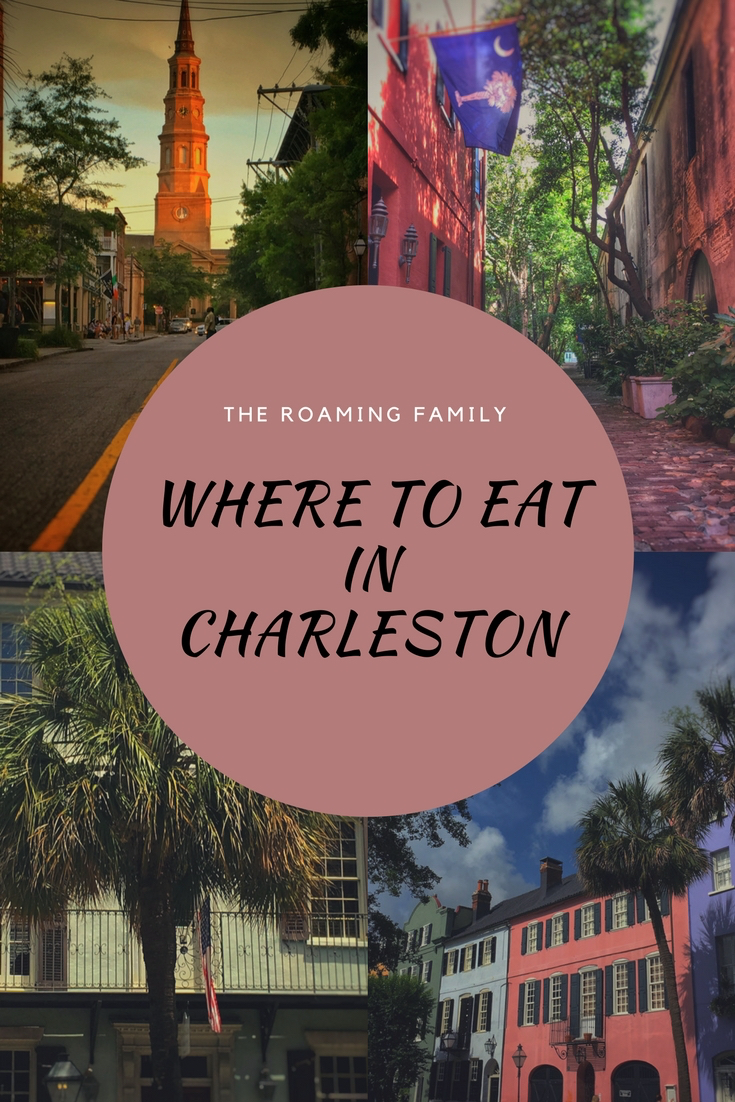